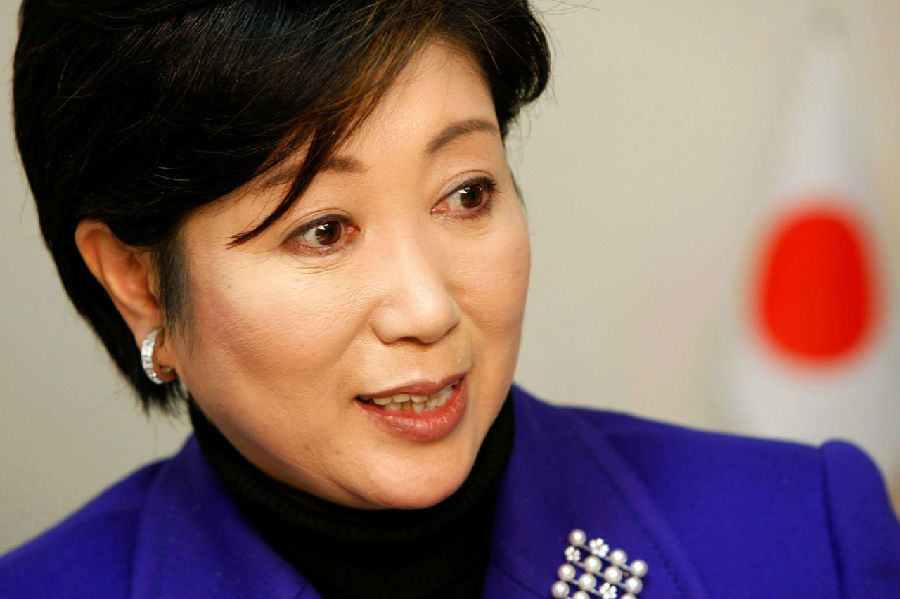 A security law has come into force in Malaysia that gives the Prime Minister Najib Razak sweeping new powers. The Prime Minister said the legislation was necessary to combat terrorism, but others fear it will be used to silence government opponents. Michael Bristo reports. The law will allow Mr.Najib to declare any area in the country security zone, inside this area the police will be allowed to search people, vehicles and buildings without warrant. The legislation is being introduced as Mr.Najib comes doing increasing pressure, because of international fraud investigation into Malaysian government fund, 1MDB that he controls. Mr.Najib denies wrongdoing but close associates have been implicated, critics in the security law is part of the prime minister's attempt to show off his power.
Japan's capital Tokyo has elected its first female governor. Yuriko Koike, a former Environment Minister and Defence Minister, is a memeber of Prime Minister Shinzo Abe's liberal democratic party, but it did not enodorse her as she ran as an independent. Mrs.Koike has vowed to introduced a new transparent style of politics, after scandals and financial problems forced the last two governors to resign. She said she would work to improve the provisions of social care for children and the elderly.
There has been an attack on a compound housing foreign contractors on the oitskirts of the Afghan capital Kabul, near to the Bagram Air Base. The truck bomb is reported to exploded close to the North Gate compound, which came under a similar attack three years ago. There is no official comment from the Afghan authotities and no details about casualties. Mahfouz Zubaide is in Kabul. There was a huge explosion and almost everybody the capital heard it and people treat about it, the electricity was cut off. Absolutely no one confirm it at the moment but Taliban send a email claimed their responsibility and saying it was a huge attack followed by other attackers in a contractors hotel called North Gate.
Police in Armenia say the remaining members of the armed group which seized a police station in the capital Yerevan two weeks ago have surrendered. The group were demanding the release of prisoners including an opposition leader. Rahand Dermitry reports. In central Yerevan, the announcement about the gunmen surrendering to the authorities was met with chant Heroes. In a statement the armed group known as Sasna Tsrer, said they will lay their weapons down in order to avoid blood shed, and that they would continue their struggle from prison. About 30 armed men seized a police compound in Yerevan two weeks ago, demanding the release of their jailed leader and broader political changes in the country, including the resignation of the president Serzh Sargsyan. World news from the BBC.
Tens of thousands of people have demonstrated in the German city Koln to condemn the attempted military coup in Turkey. Earlier the Turkish government critized its undemocratic. Germany's decision to prevent President Recep Tayyip Erdogan and other speakers from abroad, from adressing the rally via a vedio link.
In the Democratc Republic of Congo, tens of thousands of opposition supporters held a rally to demand that president Joseph Kabila, steps down when his current mandate ends in December. A major opposition leader Etienne Tshisekedi told the crowd the Electoral Commission would be guilty of treason if it did not organize November's presidential election on time. James Corpnal reports. The crowd in the capital Kinshasa were huge. Many people waved Congolese flags. The man they come to see, the veteran opposition leader Etienne Tshisekedi, has recently returned from nearly two years in exile. His message was clear. President Joseph Kabila must step down, as the constitution requires after his two terms. And a election must be held on time in November. The opposition believes Mr.Kabila is trying to push them back to stay in power. Mr.Tshisekedi was always popular in Kinshasa, but the numbers of the rally will be worring for Mr.Kabila.
Tens of thousands of people from Ethiopia's Amhara ethnic group have taken part in an anti-government protest in the northern city of Gondar. The demonstrators demanded that government reversed the decision to place a district in the Amhara region under the administration of neighbouring Tigray.
Prosecutors in France say a cousin of one of the men believed to have killed a Catholic priest during a church service has been placed under investigation. The prosecutors' office in Paris alledges the 30 year-old man had been fully aware of his cousin's intention to perpetrate in act of violence. Earlier the Archbishop of Rouen praised Muslim leaders for joining Catholics at a service in the cathedral, five days after the murder. BBC news.

例句：Police fired on them as they fled into the embassy compound.
当他们逃进使馆大院时，警察向他们开了枪TJW8b~o%mdkSp。

1.Tens of thousands of people from Ethiopia's Amhara ethnic group have taken part in an anti-government protest in the northern city of Gondar.

例句：When you take part in any performance, you get out as much as you put in.
你参加任何活动，你投入多少力量就会得到多少收获^|s;]%dO|YVl!。

例句：You can take part in activities from canoeing to bird watching.
你可以参与从划独木舟到观鸟等各种活动HqoHcpy6OM;+。

2.There was a huge explosion and almost everybody the capital heard it and people treat about it, the electricity was cut off.

例句：Disease cut Smith off in the best part of life.
病魔使风华正茂的史密斯英年早逝+8,QEBxuCJ@cZ@;T,TL=。