France in Shock After Truck Attack in Nice
A driver killed more than 80 people and injured others when he crashed a large truck into a crowd in Nice, France Thursday night.
People had gathered in Nice for a celebration of Bastille Day. Nice is the fifth-largest city in France. It is a port city about 30 kilometers from the Italian border. About 350,000 people live there.
The driver was shot and killed. Police identified him as a 31-year-old French-Tunisian who lived in Nice. Police said he was known as a violent person and longtime criminal. But security forces did not suspect him of having links to terrorist groups.
The driver entered a street that was closed to traffic at the time. He crashed through a barrier, then drove through the crowd for up to two kilometers, speeding up and targeting people as they tried to flee.
French President Francois Hollande spoke to the nation early Friday. He said "nothing will make us give way in the fight against terrorism." He talked about the terrorist attacks in Paris last November. He said all of France is being threatened by the Islamic State terrorist group.
Hollande extended the country's state of emergency -- which was to end later this month -- for three months. He has also ordered 10,000 members of the military to help security forces throughout the country. And he said France will increase its roles in Syria and Iraq.
This is the third large attack in France since last year. An attack in Paris in November killed at least 130 people and a series of attacks in January 2015 that began with an assault on the offices of the magazine Charlie Hebdo killed 17 people.
I'm Christopher Jones-Cruise.

Some birds crash into tall buildings, telephone poles, or even widow panes.
有些鸟撞上高楼、电话杆甚至窗户玻璃*JFOq&zHku#^mDiu%。

He joined the underground to fight against the fascists.
他参加了地下组织与法西斯作战@c+9B]|X1H_sO。

We will be able to speed up that day.
我们要促使这一天的来临jVW0hxFtx)~r6u。

1.An attack in Paris in November killed at least 130 people and a series of attacks in January 2015 that began with an assault on the offices of the magazine Charlie Hebdo killed 17 people.

The band arranged for a series of concerts.
乐队安排了一系列的音乐会%Lq&a1X|hY。
He proposed a series of informal meetings.
他建议举行一系列非正式会议8gdv~[b%eH._1p*。

2.The driver entered a street that was closed to traffic at the time.

The building is conveniently located close to public transportations．
房子地理位置好，附近有公共交通m4b[ro+G*G;u4Biy;A。
All feel close to the top because they are close to the top.
由于他们能靠近上级，所以都感到和上级接近LeT+Rqf3Ju~C4!e%6。 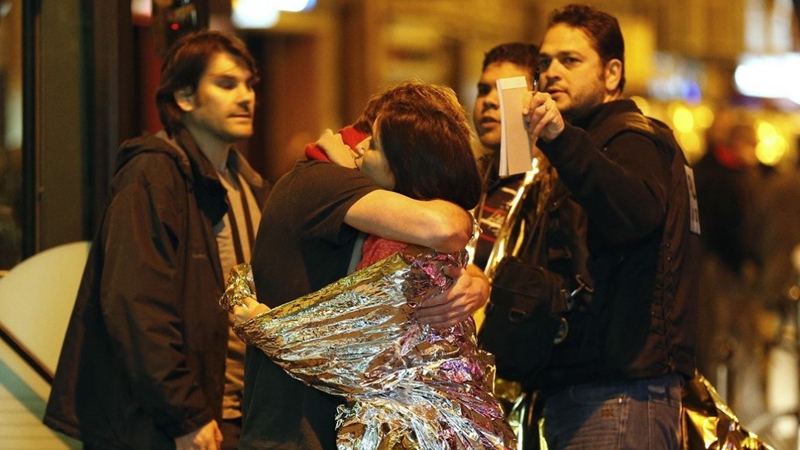