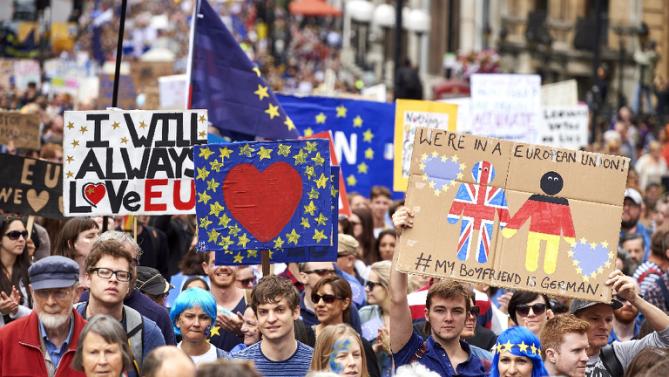 Nine Italians and seven Japanese nationals were among the 20 killed in an Islamist attack on a cafe in Bangladesh on Friday night. Militants stormed the Holey Artisan Bakery cafe in Dhaka and held staff and customers hostage for about 12 hours before army commandos launched a rescue operation. Jill McGivering reports. Through the night police tried to negotiate with the militants, but in the end commandos stormed the cafe, where late on Friday about eight young men armed with guns and knives opened fire on diners and then took hostages. It's an upmarket European-style cafe in a district popular with foreigners. Many of the dead were Italian and Japanese. The mass murder of foreigners is unprecedented in Bangladesh. The so-called Islamic State group said it was behind the attack.
Police in southern Bangladesh say a Hindu priest is fighting for his life in hospital after he was stabbed overnight on Friday by unknown assailants. The attack comes a day after another priest was hacked to death, the latest attack by suspected Islamist militants.
The new leader of the Taliban in Afghanistan has said his group would consider negotiating a peace settlement if the government in Kabul sever its links with western backers. Waheed Massoud reports. In his first 'Eid message' the Taliban's newly appointed leader Mullah Haibatullah Akhundzada has said the group did not want a monoply on power, but emphasised the Kabul government must sever its links to its western backers as a preliminary step towards negotiating a peace settlement based on Sharia law. His predecessors Mullah Omar and Mullah Akhtar Mansoor had also not totally rejected peace talks with the Afghan government. But they had insisted that foreign forces leave Afghanistan and Sharia law form the basis of any future constitution.
Tens of thousands have been protesting in central London against Britain's decision to leave the EU. One organiser said protestors hoped to stop the government from triggering artical 50, which begins the formal process of withdrawing from the EU. While Brexit was backed by a majority of the electorate, voters in the capital strongly supported the Remain campaign, and some want a rerun. It's fairly evident that their result doesn't reflect the entire population. I think there seem to be a vast number of people who on the basis of the result and what's happened since are evidently feeling that they've made the wrong decision. They weren't fully informed. We voted to remain. But I'm shocked at how many people who have turned around and say that if voters were going to look like this, we're going to be doing this.
A mosque in northern Myanmar has been burnt to the ground by a rioters mob wielding knives, sticks and other weapons. The attack in Hpakant in Kachin state follows similar violence against a mosque in central Myanmar last week. You're listening to World News from the BBC.
With about half the votes counted in the Australian general election, results so far suggest a very close contest. There are indications of swing towards the opposition Labor Party, putting at risk the majority of the ruling coalition government. The current Prime Minister, Liberal Party leader, Malcolm Turnbull called the early election after independents in the senate continued to block the government's legislative agenda.
Reports from Syria say that government shelling and air strikes have killed at least 25 people in the rebel-held town of Jayrud, northeast of Damascus. The attack came a day after Islamist rebels captured and killed a Syrian airforce pilot in the area. Our Middle East analyst Alan Johnston reports. Reports from Jayrud say there were dozens of air and artillery strikes. The places hit included a school and a residential area, and several medical workers are said to be among the dead. On Friday a government pilot was forced to bail out of his warplane and parachute to the ground near Jayrud. He was captured by Islamist militants and soon put to death. The army described this as an appalling crime and promised that those responsible would be punished.
The most senior executives at Iran's National Development Fund have been forced to resign following revelations over how much they were paid. The head of the fund was reportedly recieving more than 60 times the national minimum wage. Correspondents say Sayyed Safdar Hosseini, who was handpicked by the moderate President Hassan Rouhani, has been targeted by Iran's conservative media.
Data released by the Bank of Greece shows that nearly half a million people have left the country since the global financial crisis of 2008. Many are thought to have sought better opportunities in countries including Germany and the United Arab Emirates. Unemployment in Greece remains at about 25% and is even higher among young people. BBC News

例句：The rebels shelled the densely-populated suburbs near the port.
叛乱者炮轰了港口附近人口密集的郊区P[[Ieu7Y2d*JfIRz。

例句：All the indications are that we are going to receive reasonable support from abroad.
所有迹象都表明，我们将从国外获得有力支持C)~ZsWa-pJPC+_^g。

例句：The man wore a bathrobe and had evidently just come from the bathroom.
那个男子穿着浴袍，显然是刚刚从浴室出来jRC,UdCq;i&FA8CSY8j。

1.With about half the votes counted in the Australian general election, results so far suggest a very close contest.

例句：Ron has been right about the result of every General Election but one
罗恩对于历届大选结果都预测对了，只有一次除外!0(xZAI4%lzW[TYIVIGi。

例句：Street raised $10 million during his primary and general election.
斯特里特在他的初选和大选中筹集了1千万美元V(5leJEK_52。

2.On Friday a government pilot was forced to bail out of his warplane and parachute to the ground near Jayrud.

例句：Reid was forced to bail out of the crippled aircraft.
里德被迫从严重受损的飞机中跳伞逃生tS6S^%-yRAbTlmCb5。

例句：They will discuss how to bail the economy out of its slump.
他们将讨论如何使经济走出低谷-CiX5)NzLYra9jX=Wo;。