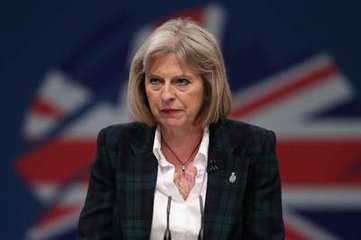 Hello, this is David Ostin with the BBC news. Commemorations are being held to mark 100th anniversary of the battle of the Somme. It was one of the bloodiest of the first world war, with more than 1 million casualties over the course of the five-month offensive. Almost twenty thousand British soldiers died on the first day alone. From the Somme Valley, here is Lucy Williamson. People are gathering here today, leaders of the nations who fought in that war on both sides, ordinary people, descendants of those who fought in the war because this of course is symbolic of so much, symbolic of a loss of innocents, a loss of men. In some ways, the failure of planning, a fast learning curve, really fool the ally troops at that stage in the war. The international athletics federation has approved the bid by the Russian whistle blower Julia Stepanova to compete as a neutral athlete in next month Olympic Games in Rio. More from our sports news reporter Alex Capstic. Russia is currently banned by IAAF from attending international competitions, but individuals can apply to compete as neutral athletes. Julia Stepanova is the first to be accepted. It was her and her husband's evidence which helped reveal the scale of the country's systematic doping program. Before the scandal, she was one of the world's best 800-meter runners. Fearing her safety, she fled Russia, and now lives with her family at a secret location in North America. The decision is unlikely to go down well in Russia while leading officials have previously said they would object her selection. At least six people have been killed in Kenya in a gun attack near the border with Somalia. Reports say suspected al-Shabab, militants opened fire on two buses near the town in Mandera county. One of Myanmar's most famous Buddhist monks has been released unexpectedly from prison. Jona Fisher reports. Back in 2007, Gambira helped organize the monks uprising against Myanmar's military rulers. He made powerful enemies, and when Gambira returned to exile last year, he stopped being a monk, and he was arrested, charged with immigration offenses, and given a six-month jail sentence. As the end of the sentence approached this week, fresh charges were laid. His supporters were outraged. Having been tortured during a previous spell in prison, Gambira suffered from serious mental health problems. Gambira’s release comes after his case was reviewed at the request of Myanmar's leader Aung San Suu Kyi. Police in Bangladesh said a Hindu priest has been hacked to death, the latest in a series of attacks on religious minorities and secular writers by suspected Islamic militants. An official said the priest was preparing for morning prayers in a temple in the southwestern district when three men who came on a motorcycle attacked him with machetes, and then fled away. The motive behind the killing is not clear. World news from BBC. Officials in India have marked the induction of the country's first domestic designed and manufactured fighter jet, the Tejas. The India prime minster Narendra Modi said the event filled hearts with unparalleled pride and happiness. The Tejas, which means radiant, was first conceived more than thirty years ago, but its development was delayed partly by technical problems. Taiwan's navy says it's mistakenly fired supersonic anti-ship missile killing one Taiwanese fisherman and injuring three others. The missile was fired towards Taiwan's political rival, Mainland China, during a military base's inspection. It traveled about 75 km towards China before landing in a fishing boat in the waters of the Taiwan Strait. An Indian official has resigned after being widely criticized for taking selfies with an alleged victim of a gang rape. Somya Gurjar a member of Rajasthan Women’s Commission said she took the pictures at the woman's request. More from Jill Gemeron. The pictures showed Miss Gurjar smiling, she holds up a tablet computer, and takes a photograph herself with the alleged rape victim. The images are uploaded to social media sites, and circulated rapidly. Somya Gurjar was criticized both for being insensitive and for violating the women’s right of anonymity. She said she did nothing wrong. The alleged victim has gone to the police, saying she was raped by her husband and two of his relatives, and tattooed with the explitives because they were angry that she hasn’t provided a large dowry. The incident has sparked debate about the use of social media by India officials and politicians. Jill Gemeronreporting. Britain's home secretary Theresa May has won the backing of more of her cabinet colleagues in the race to become the leader of the governing conservative party and the next prime minister. She is supported by more than 70 members of the parliament and now is seen as the favorite in the contest. Mrs. May's chief rival is Michael Golf. That’s the latest, BBC news.

1.the battle of Somme 索姆河战役

例句：In the regression, the man found himself in the battle of Somme of World War I on the British side.
在回归治疗中，这位男士发现自己在第一次世界大战时位于英国旁的索姆河战役中悲惨地死去T7At*txFhp6e~EK|iSkH。

例句：The clouds are dark and foreboding, but the light breaking through above is symbolic of his eventual redemption.
黑压压的云有一种不祥的预兆，但透过上部的光线是一种最终救赎的象征tCA=Q4~;jw]pbw861)9#。

4.be unlikely to do 不太可能发生，不太可能做某事

例句：If you meet a fellow introvert, he/she is unlikely to do the inviting, so you have to do it.
因为如果对方也是一个内向的人，他或她不会邀请你，所以你要做出邀请,dh.l;Z^O*#(。

例句：Lawyers advised their clients that a neat appearance went down well with the judges.
律师们向其当事人们建议说，整洁的外表会赢得法官们的好感~u4ne=VGTv。

1.Officials in India have marked the induction of the country's first domestic designed and manufactured fighter jet, the Tejas.

例句：The fighter jet fired one Sidewinder missile at the Reaper, causing the UAV to crash into a mountain side.
战斗机向“收获者”发射了一枚响尾蛇导弹，使那架无人飞机坠毁在一面山坡上!pEbDrn51UDYdHfB_syp。

例句：Results from these studies contributed to designs for the parachutes and pressurized suits that fighter jet pilots and early astronauts would wear.
研究的结果却促成了降落伞和供战斗机飞行员和早期的宇航员的穿着的加压服装设计3uG;j6J3Kv。

2.Britain's home secretary Theresa May has won the backing of more of her cabinet colleagues in the race to become the leader of the governing conservative party and the next prime minister.

例句：I will investigate, with the home secretary, the reports that are in the newspapers this morning.
我会和内政大臣一起调查今天早晨报纸上报导的这件事x%]V~_@X+R0n)5。

例句：Exactly 100 years ago, a home secretary was under pressure from the media and fellow politicians to act decisively against outrage on the streets of London.
整整100年以前，一位内政大臣承受着媒体和身边政治家们的压力，需要果断地采取行动应对伦敦街头的暴乱RahxbuLcRMWivE8-。