Five years ago, police stopped Veronica Razo on a street in Mexico City and took her to federal prison. She was beaten, tortured with electrical shocks and raped. Today, she is still awaiting the finish of her trial. She is one of a large number of women who were tortured after their arrest, according to a report by Amnesty International. The rights group said its report is based on meetings with or statements from 100 women who were jailed in Mexico. All of them reported torture or other abusive treatment, it said. Thirty-three reported being raped while in detention. Erika Guevara-Rosas is a human rights lawyer and Amnesty International's Americas Director. She said the jailed women are victims of what she calls Mexico's "so-called war on drugs." “They are usually seen as easy targets by authorities who are often more eager to show they are putting people behind bars than to ensure they are finding the real criminals," she added. Guevara-Rosas said that, in Mexico, "sexual violence" has become a routine part of how police question criminal suspects. Veronica Razo was charged with being part of a kidnapping ring. Amnesty International asked why it has taken so long for a court to decide her case. Mexican President Enrique Pena Nieto traveled to Canada this week for talks with Prime Minister Justin Trudeau and U.S. President Barack Obama. The Mexican leader said his government is making progress on human rights. "Our government has made an important effort to advance issues related to human rights," he said. "We still have work to do. However, I think we are moving in the right direction towards having human rights being fully respected." The Canadian Broadcasting Corporation reported on the talks. It said Philippe Couillard, premier of Quebec Province, expressed concerns about human rights during a meeting with Pena Nieto on Monday. Couillard said that Mexico is "moving in the right direction." When Razo was arrested, her daughter was seven and her son was 13, according to Amnesty International. They are now 13 and 18. Amnesty says the son is unable to go to college because of all the money it has cost to pay lawyers defending his mother. Amnesty International provides other examples of women it says were abused after their arrest. It said that Tailyn Wang was seven months pregnant when federal police officers broke into her house in 2014. The police took her to a police station. After being beaten and sexually abused by the police, she miscarried, Amnesty International said. The fetus was not yet viable and died. I'm Ashley Thompson.

The plan of our country is based on a rising economy.
我国的计划建立在不断发展的经济的基础上=QBes6icN&=[U~M]。

She was jailed in France in 1997 for three years and returned to Spain two years later after completing her sentence.

“There is still a huge possibility that the rapist would not be put behind bars, ” Ms. Guo said.
“强奸犯仍有很大的可能性不被绳之以法，”郭女士说h;iWN8-Fb,d2fktPa。

The Belgian language is closely related to French.
比利时语与法语密切相关oC!s&b25q];,d(S11S5w。

1.Our government has made an important effort to advance issues related to human rights.

make an effort to do sth ... 高度赞扬，称赞，评价高

In the meantime, I sit on some committees and study part time for a masters degree, and I make an effort to enjoy every bird and tree I see, and every moment with family and friends.
与此同时，我还继续担当一些委员会的代表并通过业余时间的学习去获得硕士学位[9LvXJ*opG##;。 我努力享受着每天看到的每一棵树每一只鸟，与家人和朋友在一起的每一个时刻|o7UCqMJpN=a%。
If you don’t immediately have someone to connect with — such as a spouse, kids, or other close family or friends — make an effort to get out of your house and to meet up with others.
如果你的身边并没有人相伴，譬如配偶、孩子或是其他亲密的家庭成员、朋友等，那么就努力让自己走出家门，与其他人相遇K19^F[cEvh,uC&&!Ya_~。

2.Veronica Razo was charged with being part of a kidnapping ring.

He was charged with murder but found innocent later.
他被控杀人，但后来发现他是无罪的~g&ABny]=SIDK8d@B,)a。
For the first time in my life, I was charged with racism, on the assumption that a higher percentage of black teachers would fail the test.
我这辈子头一次被攻击有种族歧视倾向，因为人们想当然地以为不能通过考试的黑人教师比率更大bnh|Q^g8Mo。 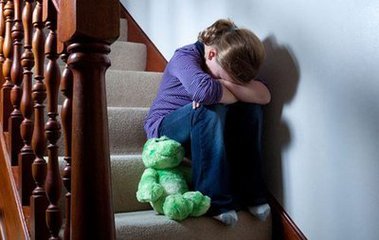