Ruofei Chen's family is from China and she grew up in Lima, Peru. She knew those parts of the world and studied for her undergraduate degree in Asia and Latin America. When Ruofei Chen chose to start a master's degree program in 2015, she says she wanted something really different. Ruofei Chen chose a new field of study called development practice. This field tries to explain how economic development can help solve poverty and other issues around the world. As this field is so new, only a few universities around the world offer a degree program for it. For Roufei Chen, it has also meant new challenges. Because the U.S. is involved in development around world, Ruofei Chen wanted to study at a U.S. university. She chose Emory University, a private research university just outside of Atlanta, Georgia. Founded by the Methodist Episcopal Church in 1836, the school is now home to over 14,700 students. The founders of the Coca-Cola Company helped build the current campus in 1914. When Ruofei Chen arrived at Emory, she had no idea what to expect. This caused some problems for her right away. Grad school in (the) U.S. can be really busy -- like, really busy, depending on how much elective classes you are enrolled in. Ruofei Chen studies in the hours between her classes, at night and on the weekends. She also has to make connections with people and work on group projects. She is also planning a trip to Nicaragua in the summer of 2016 to help prevent diseases that affect people in poverty. This is part of an Emory Global Health Institute project. All of this happens in English, which is not her native language. But Ruofei Chen has found that Emory wants her to succeed. For over 20 years, Emory's Laney Graduate School English Language Support Program has offered special English lessons. Once a week Ruofei Chen meets one-on-one with Peggy Wagner, a teacher with the program. Together, they work on more than just English grammar or vocabulary. Wagner helps Ruofei Chen examine how her voice sounds and how to use the language in different ways. What's really fun for me is how to find ways to engage in discussions in a more professional way so that they can let their intellect shine and really express the intent that they want. Sharon Chen found similar support when she began her undergraduate studies at Emory in 2014. From Wuhan, China, Sharon Chen says she did not know what she wanted to study when she started looking for schools. She only knew she wanted to study at a U.S. university. Sharon Chen began her research by looking at the U.S. News and World Report. The U.S. News and World Report is a media company that creates a list of what it calls "America's Best Colleges." She saw Emory high on this list and chose to study business at the university. But Sharon Chen was not fully prepared for her U.S. college experience either. She says high school classes in China are not interactive. When her professors at Emory first asked her to speak in class she felt lost. Some of her classes had as many as 36 students in them, but others were as small as six students. These classes required her to engage with native English speakers in unfamiliar ways. Luckily, Natalie Cruz, the director of international student life, was there to support Sharon Chen. Cruz says it is a continuing problem for international students to communicate or make friends with students from the U.S. Cruz began working in the Office of International Student Life at Emory in 2013. She says right away she began looking to solve this problem. So I was able to come in and really work with students to find out what their needs were, how could we really best serve students at Emory? Cruz organizes programs that build relationships between foreign and domestic students. The Conversation Partners program is one example. International students and students from the U.S. join this program and agree to meet once a week to talk. The Office of International Student Life often holds events that celebrate the food and culture of different countries. For her efforts, Cruz was the winner of Emory's Advisor of the Year award for the 2015 school year. Sharon Chen speaks very highly of the help Cruz has given her. Natalie is my mentor and my friend. She taught me a lot and we organize events together. So I enjoy working with her a lot. Ruofei Chen has no regrets about her decision to come to Emory. She loves how personal her learning experience has been. But she does have some advice for international students considering a U.S. education. She says that U.S. universities provide lots of support for their students. But students must be willing to look for that support themselves. She also says students should learn as much as they can about a school before choosing to attend it. Get to know the place before you come. It will help you to minimize the gap between your expectations and what you will actually find here. I'm Pete Musto.

1.choose to do sth 选择做某事

You choose to do things and by dint of your choices, some choices become more learned than others.
你自主选择要做的事情,根据你选择的结果，某些选择会变得更容易被采纳5ye6e4QwSxC。

However, I have no idea where to go.
但是，我拿不定主意去哪儿zbcjG31bv[XSH9Tmlc@。

If you can make connections with these people and get their ear so much the better.

4.require sb to do sth 要求某人做某事

I have things I think I can do and I want to do it but it doesn't require me to solve this kind of problem or to solve any problem.
我有我认为可以做的事情,我想做但它不要求我解决这种问题,或是解决任何问题O(7Y&V%p7s0X[X4Rp%F。

1.Sharon Chen speaks very highly of the help Cruz has given her.

No matter how tall and strong we are in the future, we will still speak highly of you forever.
不管我们将来多么高大，多么魁梧，我们永远赞美你，歌颂你#-suXt&isE4sf_。
No wonder everyone speak highly of your commercial integrity.
难怪大家都极为推崇你们的商业信誉aQO!M&Qv|FA9J3g3W7E9。

2.But students must be willing to look for that support themselves.

Those who are willing to go with me for the task subscribe here.
愿意同我一起去执行这项任务的人请在这儿签名Bx*nqSlnqPX。
We must be willing to forgo pleasure or usefulness for something that emerges not within but between one of us and another.
不止在我们内部，而是在两个人之间，我们必须愿意放弃快乐或者有用的目的=.qdT&E9c=w8[c,D#r6。 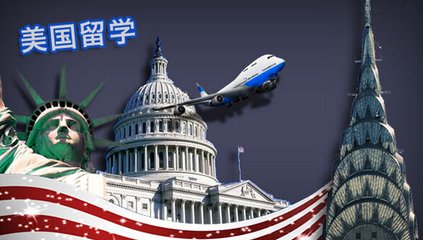