Police in Bangladesh have arrested an Islamist militant who is suspected of attacking a publisher last year. Police described the arrest as an important breakthrough in their investigation of recent violence. Sumon Hossain Patwari, 20, is accused of being involved with an attack last October on publisher Ahmed Rashid Tutul and two writers. They were shot and stabbed in the office of a publishing house in Dhaka. Police said three men carried out the attack. Patwari is a member of the Ansarullah Bangla Team (ABT) militant group, police said. The ABT is banned in Bangladesh. The head of the police force's anti-terrorism office told reporters Patwari admitted that he hacked Tutul three times during the attack. Police have arrested thousands of people since Friday because of a series of violent attacks. The victims include bloggers, Christians and Hindus. The Islamic State militant group has claimed responsibility for more than 20 of the killings. In the past week, Islamic State militants have claimed responsibility for the deaths of a Hindu religious worker, a Hindu religious leader and a Christian businessman. All three were hacked to death. A Muslim woman also was stabbed and shot dead. She was the wife of an official involved in anti-terrorism operations. Bangladesh officials continue to state there are no foreign terror groups operating in the country. Instead, they blame home-grown militants and the political opposition for the violence. I'm Jonathan Evans.

He is suspected of tampering in the plot.
别人怀疑他暗中参与这起阴谋=1^k9oC4F-YZ(。

Ensure that the storage team is involved with disk layouts to ensure the fastest reliable disk writes possible.
确保存储团队参与磁盘布局，以确保实现尽可能最快的可靠磁盘写入m%er;Y]75GF8pIh。

The Social Democrats could still carry out their threat to leave the government.
社会民主党人仍然可能实现其脱离政府的威胁VHHGY!DTm-qCd@。

1.The head of the police force's anti-terrorism office told reporters Patwari admitted that he hacked Tutul three times during the attack.

2.Instead, they blame home-grown militants and the political opposition for the violence.

Does any of this matter? Why should we be concerned about the effort to shift the blame for bad policies onto the general public?
这些事情又有何关系？为什么我们应该关心将错误政策的责任转移到公众这种做法？
Never blame other people for your wrong doing. 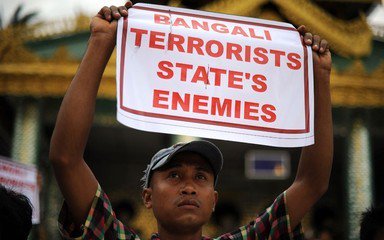