Japanese Economy Remains Weak
Japan is struggling with its economy as the country hosts the yearly meeting of the G-7 industrialized nations.
Japan has the world's third-largest economy, behind the U.S. and China. Many countries copied Japan when it had a strong and growing economy.
Japan has been dealing with deflation for many years. Deflation is "a decrease in the amount of available money or credit in an economy that causes prices to go down." Deflation can often cause a recession.
The population in Japan is growing older and the country is not diverse. Most people in the country are ethnic Japanese. Last year, people in Japan criticized Miss Japan, Ariana Miyamoto, for not being "Japanese enough." She has a Japanese mother and a black American father.
Many Japanese also do not support mass immigration, which other countries have used to make up for, or balance, the effects of a declining and aging population.
Savings vs. spending
Takuji Okubo is the managing director of Japan Macro Advisors. He says Japanese Prime Minister Shinzo Abe does not understand problems in the labor market or with pensions. He says the prime minister "has been just unable to tackle any reforms."
Many of Japan's public pension plans do not have enough money to make payments. This has caused many families to believe the plans will fail, so they save a lot of money.
The average Japanese family has about $164,000 in savings. That is much higher than that of families in other developed countries.
Young Japanese working in their first jobs do not earn a lot of money, so they do not have much to spend. And people who are retired and have savings are worried about their monthly payments, so they are not spending money either.
Manabu Goto operates a small, 50-year-old food store in Tokyo.
Goto has opened the store on weekends and added more products. He wants to attract more customers and convince them to spend more money.
However, he says the policies of the prime minister have "failed to get citizens to spend because people are uncertain about the future. So the government needs to try something else."
Structural changes are needed
Martin Schulz is a senior economist at the Fujitsu Research Institute. He says the Japanese "market is shrinking overall. It makes it very difficult to get it moving again. This requires some major structural changes and these take time."
Among the needed changes, he says, are: to open the economy, to change the structure of the farming industry and to help Japanese companies invest in Southeast Asia. He says these changes will help the Japanese economy improve over a 10 to 15-year period.
William Saito is an advisor for the Japanese Cabinet. He says "it's just confidence. If you look at the last 20 years -- the economic fundamentals, the infrastructure, government politics -- these things haven't actually changed."
Shin Fukushige is a managing director for the technology company Seikoware. He says, "there has been a huge improvement in psychology" in the past ten years. But it is difficult for many Japanese who begin new businesses to convince workers to join their companies."
Many of Japan's large companies were created many years ago. But many large and successful companies in the United States were created in the past 20 or 30 years, including Apple and Google. This has helped the American economy grow.
Experts are asking how to help Japan's old and slow-moving economy grow. Some of them believe actions have already been taken that will show results in the years ahead.
What to watch for
After the G-7 meeting this week, many people will closely watch the actions of the Bank of Japan. The bank's leaders want people to wait a few more months for recent government measures to take effect. If these measures are not successful, the bank could take strong action. Some experts hope the bank will place fees on savings and force companies to sharply increase wages.
However, the other G-7 nations do not want Japan's government to lower the value of its currency -- the yen. That would make the country's exported products less costly and could hurt the economies of other countries.
I'm Mario Ritter.

All the available money has been used.
手头所有的钱都用完了BN2PJ;gt[_]^Zt。

He's not going to let it go down the drain now.
现在他也不会让它白白丧失掉)tJzOz1F-D4j=。

Her beauty can't make up for her stupidity.
她的美丽不能弥补她的愚蠢7kPc9!jWwO8%|%bY_。

However, the labor market for the domestic manufacturing industry will obviously decline.
不过国内制造业的劳工市场显然将降低.[3,&=*0XjDz4GE|g[h。

1.Japan has been dealing with deflation for many years.

He was criticized for his delay in dealing with the matter.
他由于没有及时处理这件事而受到批评Q_FzhWMB%a||Fy~^;。
All our tough talk about dealing with the union came to naught.
我们在对付工会问题上的艰苦谈判毫无结果;DCCKrg@|Rqp。

2.After the G-7 meeting this week, many people will closely watch the actions of the Bank of Japan.

China will closely watch the developments and reserves the right to make further response.
中方将密切关注事态发展，保留作出进一步反应的权利or*GlcL8mWG。
You will always want to closely watch your baby when in the care of a nanny.
虽然有保姆的照顾，你也应该经常注意你的孩子TqIoKG.cEZNv]YW-iM_。 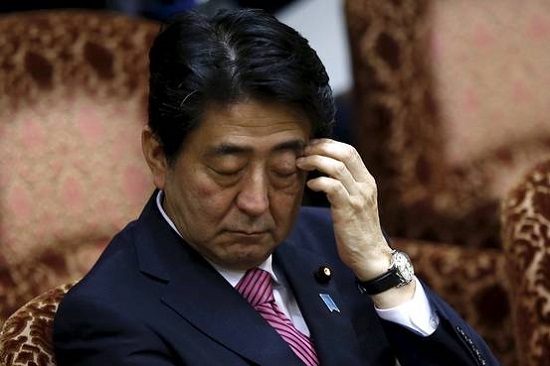