Mystery Condition Makes Brothers Collapse at Sunset
Doctors in Pakistan are studying two brothers who seem in fine health during the day, but are unable to move when the sun goes down.
The school-age boys, 9-year-old Shoaib Ahmed and 13-year-old Abdul Rasheed, live near the city of Quetta. They have been called "solar kids" because of their condition.
Their father, Muhammad Hashim, says the boys lead a perfectly normal life during the day. But once the sun goes down, they go into a vegetative state. They are unable to walk, talk or even open their eyes.
"They can't eat or drink, nor get up or lay down," the father said. "But we are hopeful they will be okay by the grace of God," he added.
A team of 38 doctors has performed hundreds of tests on the boys in an effort to identify the possible cause of their condition. Pakistan's government is providing free medical care to their family.
Doctors have sent blood samples to researchers in other countries. They have also conducted tests on other family members. Researchers have gone to the boys' village to collect soil and air samples.
Doctor Javed Akram is with Pakistan's Institute of Medical Sciences in Islamabad. He said the nightly paralyzation of the boys remains a big mystery.
"What we have understood from research is that it happens when neurotransmitters in the brain suffer imbalance," he said.
Dr. Akram's team is currently working with doctors in five other countries to learn more about the condition. "They guide us a lot and we are moving forward together on this," he said.
The boys' father has a simple theory about what causes the condition. "I think my sons get energy from the sun," he said.
But doctors have already ruled out the possibility that sunlight is responsible. They note that the boys can move normally during the day even when kept in a dark room or during a storm.
I'm Bryan Lynn.

In summer the sun goes down in late evening.
夏天，太阳很晚才落下去ySUFBQRAHA1MV4。

She and her colleagues asked volunteers to give blood samples.
她和她的同事们对志愿者采集了血样YYu66~r]7qZ#SL2AJ#。

It would take a long time to go into all the details.
要谈所有的细节需要花很长的时间F.b3u~yx~z#L1LaX。

1.A team of 38 doctors has performed hundreds of tests on the boys in an effort to identify the possible cause of their condition.

in an effort to 企图；试图

They hushed up the scandal in an effort to save face.
他们掩盖了丑闻以图保全面子;]R8a8cgEwLbok%b。
The burglar menaced Ken with a knife in an effort to escape being caught.
小偷以刀子威吓肯，以免被抓!S]]44SB*]djydfw9&。

2. "They guide us a lot and we are moving forward together on this," he said.

And that is our strategy moving forward.
我们取得了战略性的进展-NvD+YKQ@r_。
Human society keeps moving forward as new things replace those dying out.
社会进化就像逆水行舟，不进则退jj)y^]75aWy!xLR。 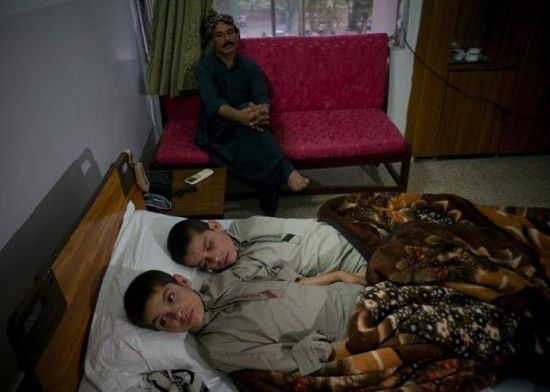