Real Mermaids? Not Really, But…
Mermaids -- half woman, half fish -- are not supposed to exist.
But for almost 70 years, mermaids have been swimming in the southeastern state of Florida.
VOA recently visited the Weeki Wachee freshwater spring to learn about these mermaids.
These are some of the famous Weeki Wachee mermaids.
"My mom was a mermaid actually, so that's what made me want to do it."
"I've actually been a mermaid for 15 years."
John Athanason works at the springs.
"Weeki Wachee Springs has been here since 1947, making us one of Florida's oldest and original roadside attractions."
Disney World, Universal Studios and SeaWorld did not exist when the mermaid show began. It was one of the only entertainment places for families in central Florida in the 1950s and 1960s. Seventy years ago, only nine people could watch the show. Now, as many as 500 do.
During the show, mermaids perform dance exercises, play with fish and show how to eat and drink underwater.
The mermaids swim through a special tube into the spring. They wear lights to help them see in the tube. It has air hoses they can use to breathe oxygen. The mermaids also use very thin breathing hoses as they perform underwater.
The mermaids are actually young women who trained for up to a year to become a professional mermaid. They must deal with the cold water, and fish and turtles that sometimes gently bite their fingers.
Athanason says few women can become mermaids.
"We recently had an audition where 50 young women showed up. We were looking to hire potentially six at that time. And at the end of the auditions, we saw two that could possibly do it -- so out of the 50, two made it. But both of them quit by the end of the week, because it was that difficult."
VOA spoke with children and adults who watched the show.
"Fiona had seen some of it on one of the kid's TV shows, and she really wanted to come see it in person. So we are really excited to be able to make the trip."
"I really want to be a mermaid."
"Yeah, I wish, I wish I can be just like Ariela."
Mermaid Emily had wanted to be a mermaid since she was five. Now she is.
"(It was) always like a dream of mine to work here, like go to college and work here. And actually, my favorite mermaid when I was younger used to be Mermaid Sativa, and now it's really cool 'cause I get to work with her. So it's, it's like getting to work with your favorite super hero -- something like that."
I'm Christopher Jones-Cruise.

Have you ever been to Disney World?
你有没有去过迪斯尼乐园？

Take as many as yon please.
你要取多少就取多少J]Pw+oHGPjWK5c。

She leaned over me and checked my air hose.
她倚在我身上和检查我的氧气管bvaDm,a[Q)wDZqo。

1.The mermaids are actually young women who trained for up to a year to become a professional mermaid.

Certainly a man can only be cosmopolitan up to a certain point.
毫不疑问，一个人在一定程度上必须八面玲珑才成&kVB#KC*]i0xH。
He is not up to his father as a scholar.
就学问而言他不及他父亲好2A*Tz]K_J4On2s2^20!B。

2.They must deal with the cold water, and fish and turtles that sometimes gently bite their fingers.

Mr. Brown's very difficult to deal with.
布朗先生很难打交道L|_Lc]i1vQG2u。
This old gentleman is to deal with the aftermath of the traffic accident.
这位老先生负责处理这次车祸的善后工作pVnk!*H%xvypy-#O。 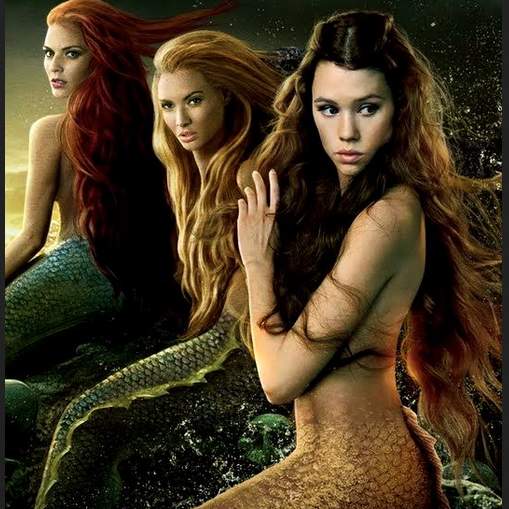