400 Years After His Death, Shakespeare Still Popular
This spring marks the 400th anniversary of the death of British playwright William Shakespeare. His plays have had a major influence on the world's literature and drama. That influence is shown in a new exhibit at Folger Shakespeare Library in Washington, DC.
Shakespeare was born in 1564 in the small town of Stratford-upon-Avon, about 160 kilometers from London.
People all around the world still read his plays. His works have been translated into hundreds of languages.
Georgianna Ziegler organized the exhibit at the library. She explained that immigrants to America brought Shakespeare's writings with them to their new home. One of the pieces in the exhibit is a list of the books one immigrant brought with him.
"He came over to this country around 1650 and he brought with him a copy of Shakespeare's Second Folio and that is one of the earliest references to a Shakespeare edition actually coming into the New World. People had Shakespeare in their houses when they crossed the country as they moved West with the Gold Rush and so on. They often had a copy of the Bible and of Shakespeare."
The exhibit shows portraits, photos, videos and costumes of famous actors who have played Shakespearean characters. The exhibit also has copies of his works published in different languages.
The exhibit even has the first edition of Shakespeare's works. It is called the "First Folio.'" It is a collection of 36 of his plays, including "Hamlet," "Twelfth Night" and "The Tempest."
Experts believe Shakespeare became interested in theater when he was a young man. He decided to try acting in London. They say this experience helped him improve his plays. Experts say that by the time Shakespeare was 30 years old, his plays were being produced.
Ziegler said that people like Shakespeare's plays because the characters in them show real human emotions.
"There's something basically human about Hamlet, who has problems -- he's a student and has problems making up his mind. Romeo and Juliet, who are young lovers and they don't quite know how to get ahead with their lives. And they disagree with their parents. There are all these stories that Shakespeare tells and creates these individuals who, when you take them out of the Renaissance period, really speak to almost any time and place."
Shakespeare earned a lot of money from his works. He became a land owner and one of the owners of the Globe Theater. A copy of the theatre has been built in London.
Four hundred years after he died, his plays are still performed in theaters all over the world -- more than those of any other playwright.
I'm Ashley Thompson.

His writings had been translated into various languages.
他的著作已被译成几种文字DhAZHQ4&eA9sDej=。

Hundreds of steps lead to the high walls which surround the president's palace!
数百级台阶通向总统府周围的高墙n|r3*#Z2#K!KNU|。

We do have a list of each man's sons.
我们已经掌握每个人的儿子的花名册ekcy9&;2-AgpF[~bjX。

He went over all the arguments before making up his mind.
他在作决定前将各种论点仔细考虑了一番wpx.^ywC)A,atC^]rvQ。

1.when you take them out of the Renaissance period, really speak to almost any time and place."

I may have to take out a student loan to finance my degree·
为了读学位，我可能得借一笔学生贷款!%h1Nv87J0f8t-Np.i。
Did you take out a patent on your design?
你是否取得一项设计的专利?

2.Experts say that by the time Shakespeare was 30 years old, his plays were being produced.

By the time I came on the scene, it was all over.
我来到时，一切都结束了DhjrFfp#pI)FoK.=u(I1。
It was already out of date by the time it was published.
到此书出版时，它已经面目全非了gX68+1~~NkiRo7TIfd.。 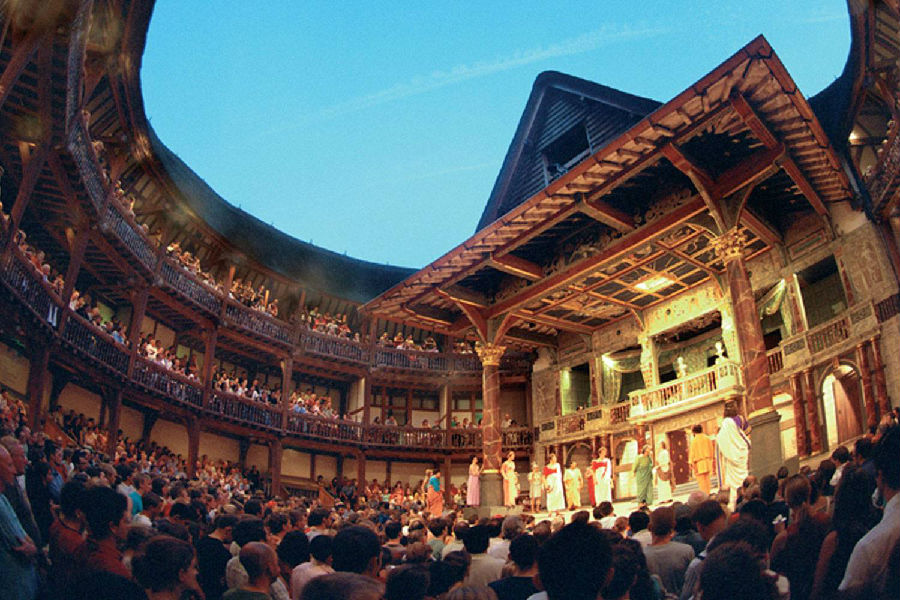