Parents of Missing Mexican Students Criticize Government
The parents of 43 Mexican students missing since 2014 said the government lied to them.
The parents made their claim a day after a group of international experts issued a report criticizing the way the Mexican government handled the case.
One parent said "the government started lying to us from the start."
The Mexican government said the students were training to be teachers at a small college when they were kidnapped. They said corrupt local police officers turned the students over to a drug gang.
The government said the students were killed and their bodies were burned in a mass grave in the southern part of Mexico.
Experts from the Inter-American Commission on Human Rights studied the case and said there are problems with the way the Mexican government presented the case's timeline. There are also problems with the way they studied the bones left at the mass grave.
Experts also said the government provided information from suspects who were tortured by police and military personnel. The torture led to confessions that will not be allowed in court by Mexican judges.
The report also said any information that did not support the government's original description of the case was not taken seriously.
The Mexican president, Enrique Pena Nieto, wrote a message on Twitter saying the government "will analyze the whole report."
In spite of the new report, there is no new information about the students, who have been missing since September 2014.
When the report was presented at a news conference on Sunday, parents chanted: "They took them away alive, we want them back alive!"
I'm Mario Ritter.

A group of children are playing games on the playground.
一群孩子正在操场上做游戏nz43dAd#LN&。

The thief was seized and turned over to a police station.
小偷被扭送到派出所了S&O.t53aRJeKDob。

Hamuul is left for dead in a mass grave.
哈缪尔被丢在乱葬岗中等死OIaKi9|tHX&rc。

1.In spite of the new report, there is no new information about the students, who have been missing since September 2014.

And we will send you a replacement right now.
我们会马上补寄一批货过去9QO7YRO*xT。

I have no definite ideas in that area right now.
在这方面目前我还没有具体的想法U]6^GRJzcfoJ#gAm。

2.When the report was presented at a news conference on Sunday, parents chanted: "They took them away alive, we want them back alive!"

They took away the boy and held him to ransom.
他们劫持男孩勒索赎金0#Hl1hfCmzvxB8c^tll。

She took away a length of cloth.
她取走了一块布WPAt-E.OZQSmTE3U_qt。 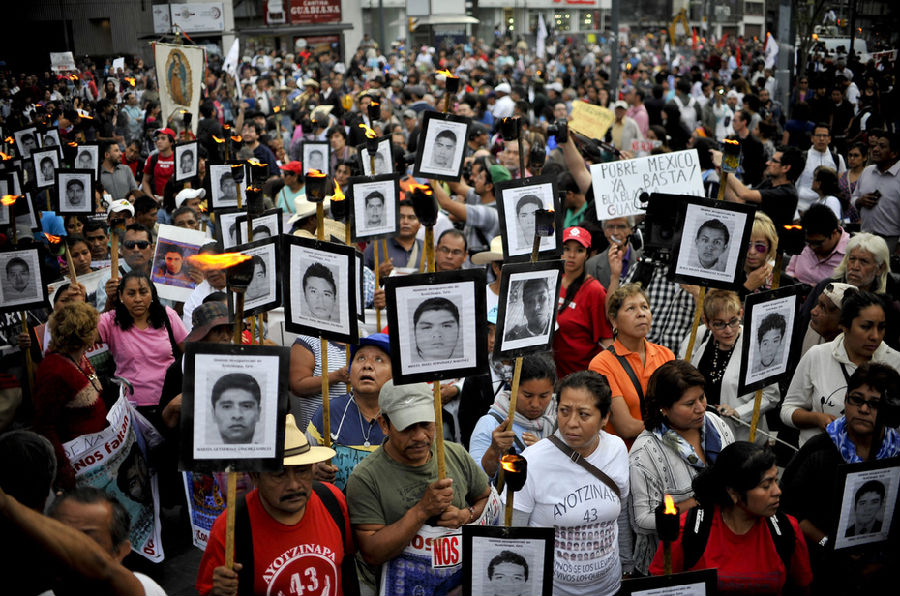