WHO: Drowning Among Top Causes of Death in Children
From VOA Learning English, this is the Health and Lifestyle report.
The World Health Organization (WHO) says drowning is among the top five causes of death for children under the age of 15.
The United Nations agency also found that boys and girls living near open water sources, such as ponds and irrigation ditches, are especially at risk.
How serious is the problem in Asia?
Other studies have shown that, on average, drownings kill at least one child every 15 minutes somewhere in Asia.
Children in Asia are especially at risk in extreme heat during the summer and during the monsoon or rainy season.
Monsoon rains have already begun in western Asia. Heavy rains in Pakistan recently were blamed for killing around 100 people, including women and children.
The Asia-based group Alliance for Safe Children says drowning rates in developing countries are 10 to 20 times higher than those in developed countries.
The Alliance's survey found that Bangladesh has the highest rates of child drownings: almost 17,000 a year.
Vietnam followed Bangladesh with more than 11,500 child drownings a year. In Thailand, about 2,600 children drown each year.
Thailand's Disease Control Department recently reported that more than 10,000 children drowned from 2006 to 2015. That number represents a rate of 10 drownings a day.
In China, information for most provinces is not available. But in Jiangxi province alone, the Alliance discovered evidence of more than 4,600 child drownings a year. That is also a rate of 10 deaths every day.
What can help?
Bill Kirby of Australia won a gold medal as a swimmer in the 2000 Olympics. He now leads swimming classes and training programs in Asia, mainly in Indonesia and Malaysia.
Kirby told VOA that governments and swimming organizations can work together to campaign for improved water safety.
"One of the first steps is actually to create a national body that looks after water safety, whether it be like [Australia's] Royal Life Saving or a Swim Australia or whatever it is -- that can actually get a lot of stakeholders together, get some government funding and promote water safety."
Kirby adds that swimming associations in Asia need to be better organized.
"I think, one of the things with the Asian countries, they're still yet to be as organized as the swimming associations or swimming bodies are like in the Western world, which probably had more time to be organized and have had government funding and they see the importance of it."
He adds that this is especially important in areas that experience what he calls "massive" flooding. He uses the word downpour to mean heavy rainfall.
"Massive flooding whether it's in Pakistan at the moment or I know in [the Indonesian capital of] Jakarta every year or every two years, they have such big floodings where all the waste goes into the waterways and they have a massive downpour and it floods, creating more opportunity for kids to drown."
Officials in Thailand have called on parents to teach children how to swim. They are also asking parents to keep a close watch on their children, especially during what they call the "risky" period: between the middle of the day and sunset.
The World Health Organization and others are urging countries to push for water safety and survival skills.
The WHO says measures should include:
making barriers to control access to water;
providing safe childcare for very young children away from water sources;
teaching water safety and rescue skills.
The WHO adds that governments need to guarantee safe boating and rules for passenger boat services. It warns that governments also need to improve flood risk management.
I'm Anna Matteo.

Were those patients now at risk?
那些病人现在是否处于危险之中呢？

Our reps make on average six calls a day.
我们的销售代表平均每天打六次电话Nx8vcI.csS,^K;|O#eBD。

We may expect muggy weather when the rainy season begins.
雨季开始时, 我们预料有闷热的天气k|lsQ_%p%X。

In many developing countries the supply of workers far exceeds the demand.
在许多发展中国家劳动力的供给远远超过需求VCV|fF&s!=Sq%*6BpKd。

1.Bill Kirby of Australia won a gold medal as a swimmer in the 2000 Olympics.

In the Olympic Games the winner will get a gold medal.
在奥运会上优胜者得到一枚金牌FrmH7z)7r._MP。

He was awarded the gold medal for being the fastest runner.
他跑得最快，因而获得了金牌3Oe|h|#^FUGh3]Xhsc。

2.They are also asking parents to keep a close watch on their children, especially during what they call the "risky" period: between the middle of the day and sunset.

keep a close watch on 密切关注

You must keep a close watch on the prisoners.
对这些犯人, 你们必须加意提防B0uNr3jw9m++am2vu;。

We must keep a close watch on the development of the financial market."
我们必须密切注意金融市场的发展DrI1OIPY[%a#VrH]%-。 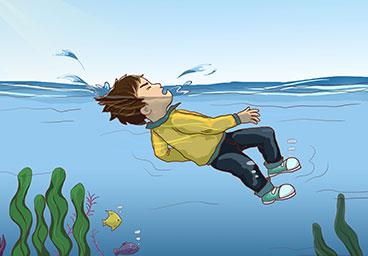