Putin 'Probably' Approved Killing of Dissident Spy
Russian President Vladimir Putin "probably" approved the killing of a Russian spy turned dissident, says a top British government investigator.
Alexander Litvinenko was the Russian spy turned dissident, or critic of the government. He was exiled in Britain after criticizing Putin and describing him–among other things–as a pedophile, or someone who sexually abuses children.
Robert Owen, a retired judge, served as the chairman of the yearlong inquiry. On Thursday, he announced that two Russian agents were responsible for the November 2006 poisoning of Livinenko. It occurred at the Millennium hotel in central London just a few meters from the U.S. Embassy.
For nearly nine years since her husband's death, Marina Litvinenko has been demanding answers. Speaking to reporters outside the courthouse in London, she said she was "of course, very pleased" by the outcome.
She added, "The words my husband spoke on his death bed when he accused Mr. Putin of his murder have been proved true in an English court with a high standard of independence and fairness."
In Moscow, Russian Foreign Ministry spokeswoman Maria Zhakarova said, "We regret that a purely criminal case has been politicized and has darkened the general atmosphere of bilateral relations.''
Back story
Litvinenko was an agent of the Russian Federal Security Service, the Russian spy agency that came after the KGB. In 1998, he became an outspoken critic of Putin and sought asylum in Britain.
He criticized Putin in an article and described the Russian leader as a pedophile. Russia rejected the accusation.
In early November 2006, Litvinenko agreed to meet with Russian agents Andrei Lugovoi and Dmitry Kovtun. British officials said they added radioactive polonium to his tea. Polonium is a highly toxic substance and just one microgram -- about the size of a speck of dust -- is enough to kill a person.
Litvinenko quickly became ill and died 23 days later.
Reactions from London
Prime Minister David Cameron's spokeswoman said the British government was considering what actions to take.
"It is not the way for any state, let alone a permanent member of the U.N. Security Council, to behave," the spokeswoman said. "Regrettably, these findings confirm what we and previous governments believed."
London financier Bill Browder is a human-rights advocate and a critic of Putin. He said Britain will not take any action.
He said "it comes down to money. There's a lot of Russian money sloshing around London, and I believe that there's a concern among certain members of the government that that money would be less available if Britain took a moral stand on some of these issues."
I'm Jim Tedder.

It could then have served as a trusty shield.

There may be an opportunity for you to see the chairman of the board tomorrow.

He denied that he was responsible for the accident.

The beginning of libraries came after the end of the prehistoric era.

1."It is not the way for any state, let alone a permanent member of the U.N. Security Council, to behave," the spokeswoman said.

He can not speak English, let alone French.

他连英语也不会，更不用说法语了.3w=Zyn9VvDV5~L。
He could barely keep body and soul together let alone support his family.

I always had the impression that he approved of me.

我总觉得他很看重我[fe8AufVGPjrFysbNTVn。
If his plan isn't approved of by the Committee, all his work will have been wasted. 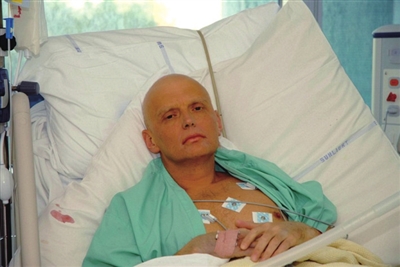