Dead Bodies in Mystery Boats Wash Up in Japan
At least 11 damaged wooden boats carrying bodies drifted into seas near Japan over the past month, Japanese Coast Guard officials say.
Most of the boats had fishing equipment, nets and signs containing words in Korean, the Associated Press reported. One boat carried a North Korean People's Army sign.
Japan's Coast Guard spokesman, Yoshiaki Hiroto, would not confirm the boats came from North Korea, according to the Associated Press. He said the wrecked boats are apparently from the Korean Peninsula.
He also said the small boats the Japanese Coast Guard discovered are not typical of boats used in South Korea.
What did officials find?
Japanese officials say dozens of damaged boats drift toward Japan every year. On November 20, officials found four bodies in two capsized, or overturned, boats. They were off the coast of Ishikawa prefecture, Japanese officials said.
Two days later, seven bodies were found inside another wooden boat off the Fukui prefecture.
Many of the bodies are in such bad shape that it has been impossible to determine the cause of death, Japanese officials said. They said some of the wrecked boats were used for fishing, and that some fishermen may have been trying to defect to Japan.
I'm Kelly Jean Kelly.

Coast guard says they found fishing equipment on the Chinese boat, along with fish that had just been caught.
海岸警卫队说，他们在中国渔船上发现了捕鱼设备和刚刚捕获的鱼]G@-|2k_@i_fSq[m0i。

In the East dozens of cities sprang into being.
在东部，几十座新城市诞生了7&|88|j=ajlY3。

2.Many of the bodies are in such bad shape that it has been impossible to determine the cause of death, Japanese officials said.

the cause of death 死因，按照，在...方面

It is concluded that the cause of death in this case was botulism rather than hepatocirrhosis.
本病例死因应为细菌性食物中毒而非肝硬化_W~H@EHicd_HR!%Ua[G8。

An autopsy was needed to ascertain the cause of his death.
需验尸方能确定他的死因O5hJeB^+E!^gIs.4)hf3。 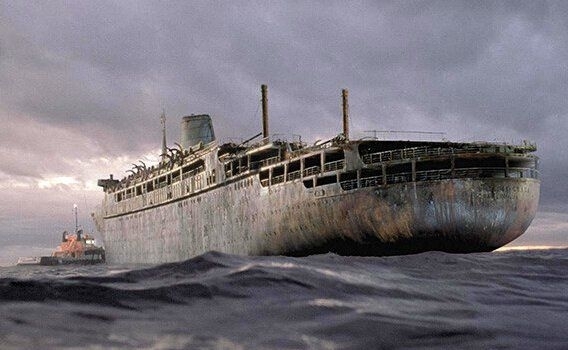