Fresh Rumors of 'Purge' in North Korea
For a North Korean official, not appearing at a state funeral can mean a fall from power.
Choe Ryong Hae, was not listed among the 170 officials attending a North Korean state funeral this week. So, speculation began almost immediately about the fate of the 65-year-old.
Could it be that Choe had been purged from his job as a powerful aide to Korea's supreme leader, Kim Jong-Un?
"Given the North's track record, it is unusual that a North Korean official such as Choe was not on the list," said South Korea's Unification Ministry spokesman Jeong Joon-hee.
Choe's official title is secretary of the Workers' Party.
Wednesday's funeral is a major event. It honors Ri Ul Sol. He was 94-years-old and the marshal of Korea's People's Army. He fought alongside North Korean founder Kim Il-Sung against the Japanese in World War II.
Also notable is that Choe did not offer condolences at the wake for Ri.
Still, all this doesn't mean that Choe has been removed from his post, said Kim Youg-Hyun, a professor of North Korean studies at South Korea's Dongguk University.
A purged official is removed from official documentaries and news reports on state-run television. But Professor Kim says Choe was seen on TV just last week.
Kim said, "He repeatedly appeared in North Korean documentaries from November 4th to the 8th, so we need to see carefully whether he has been purged or not."
There were also reports that Choe was removed from power in 2014. Those reports turned out to be wrong.
Since Kim Jong Un took power after his father, Kim Jong Il, died in late 2011, he had purged many high-level officials.
Some 70 North Korean officials have been executed, according to South Korea's National Intelligence Service. It also reports that 20 percent to 30 percent of senior party officials have been purged or replaced. On the military side, more than 40 percent of senior officers have been purged or replaced, as well.
I'm Anne Ball.

When he died at the age of eighty, the Florentines gave him a state funeral.
当他在八十岁那年死去时,佛罗伦萨人给他举行了国葬F~SdRPx+lU#。

Any political parties, if can get the support of broad masses is mixed, support, can build, consolidate and develop, otherwise certain fall from power.
任何政党 ，如果能够得到广大群众的支持和拥护 ，就能够建立、巩固和发展 ，否则必然垮台Azp3S!aRpv3*0.s|_n9。

Every employee is interested in the fate of the company.
每一位员工都与公司的命运息息相关5~LVw,PSTyF0(^。

It is a major event in the history of the Chinese race and has a profound and far-reaching influence on all of us.
这件中华民族发展历史上的伟大事件，对我们每一个人都会产生长远和深刻影响GNld_Qf~~f9。

1.He fought alongside North Korean founder Kim Il-Sung against the Japanese in World War II.
Also notable is that Choe did not offer condolences at the wake for Ri.

He joined the underground to fight against the fascists.
他参加了地下组织与法西斯作战8w^FAM7b,6!QYfc(4。

The police will not relent in their fight against crime.
警方在跟犯罪分子的斗争中决不手软.JLlXD]+kR9tufZfVg!!。

2.A purged official is removed from official documentaries and news reports on state-run television. But Professor Kim says Choe was seen on TV just last week.

That was barely reported by the state-run media here.
这在伊朗的官方媒体上几乎没有报道~*0xMpKAtIz+0。

How to Practice Normal Shareholding System for the State-run Commercial Bank?
国有独资商业银行如何实行规范的股份制? 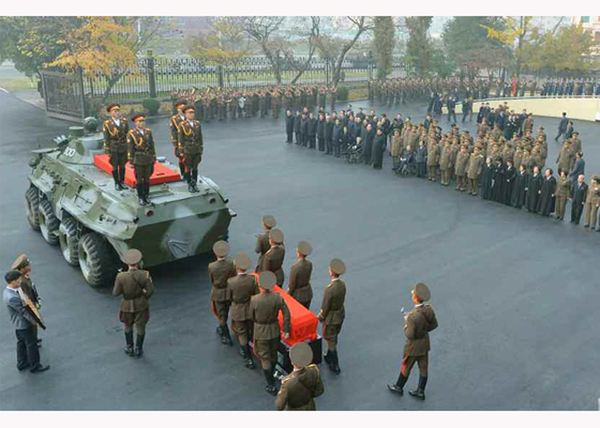