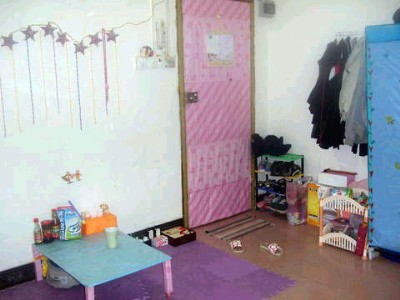 I've shared a two-bedroom, two-bath apartment with my roommate for two years. He was moving to Austin and I posted a "roommate wanted" ad in the local newspaper. I got a few calls, a couple from some very weird people. Finally, I got a call from Andrew. He seemed normal on the phone and we agreed he would stop by today to see the apartment.

When he got there, I showed him around. The apartment has a pretty large living room with a large couch and TV. It doesn't have a dining room, but it does have an eat-in kitchen. My room is the master bedroom with a connecting bathroom. My roommate's room was the guest room with the bathroom in the hall.

I told Andrew that he could to use any of the furniture that my roommate was leaving behind. He was taking his bed and dresser, but he planned to leave his desk in the bedroom. I also told him that he could use any of the appliances‚Äîthe refrigerator, microwave, and coffee maker.

Andrew said he liked the place and we agreed on the rent and to split the utilities. It was settled. He would move in next month. What a relief I didn't have to talk to any more weird people!