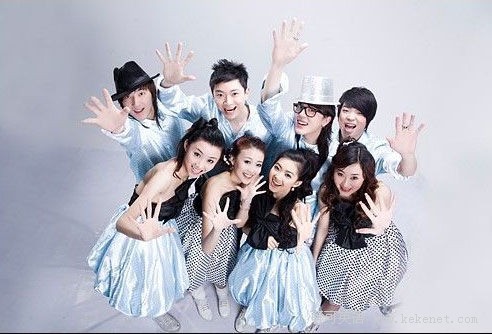 When I got home from work, I opened my mail. The letter turned out to be a bombshell. I held in my hand an invitation to my 10- year high school reunion. It was a shock because I couldn't believe it had been 10 years. The first thing I did was to call my oldest and dearest friend, Maria. We had gone to high school together and we had been best friends.

Maria said that she had received her invitation in the mail, too. I told her that I was leaning against going. After all, why live in the past?, I thought. But, Maria convinced me that it would be a trip to see some of our old friends and to find out what had become of them. At the very least, we would get a chance to see each other and to talk about old times.

And, Maria said, Jeff McQuillan might be there. Ah, Jeff McQuillan. He was a senior when I was a sophomore , and I had a big crush on him. I thought he was so cute and he was smart, too. He was at the top of his class . He wasn't the class clown, but he had a great sense of humor and was voted most likely to succeed. He never gave me a second look, but I always made sure I sat next to him in class. I wonder what he's doing now and whether he'll be there. Hmm Maybe this reunion will be more fun than I thought.