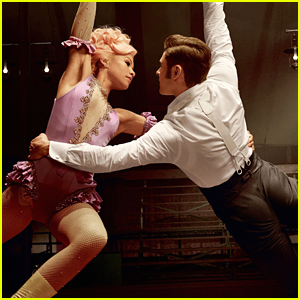 You know I want you

It's not a secret I try to hide

I know you want me

So don't keep saying our hands are tied

You claim it's not in the cards

And fate is pulling you miles away

And out of reach from me

But you're here in my heart

So who can stop me if I decide

That you're my destiny?

What if we rewrite the stars?

Say you were made to be mine

Nothing could keep us apart

You'd be the one I was meant to find

No one can say what we get to be

So why don't we rewrite the stars?

Maybe the world could be ours

You think it's easy

You think I don't want to run to you

And there are doors that we can't walk through

I know you're wondering why

Because we're able to be

Just you and me

But when we go outside

You're gonna wake up and see that it was hopeless after all[Chorus 2: Anne-Marie, James Arthur]

How can you say you'll be mine?

Everything keeps us apart

And I'm not the one you were meant to find

(I'm not the one you were meant to find)

And how can we rewrite the stars?

All I want is to fly with you

All I want is to fall with you

So just give me all of you

And how do we rewrite the stars?

Say you were made to be mine

And nothing can keep us apart

'Cause you are the one I was meant to find

No one could say what we get to be

And why don't we rewrite the stars?

Changing the world to be ours[Outro: Anne-Marie]

You know I want you

It's not a secret I try to hide

But I can't have you

We're bound to break and my hands are tied

Song Discussions is protected by U.S. Patent 9401941. Other patents pending.