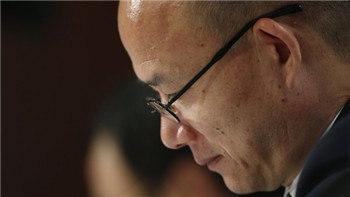 Fosun is not the focus of an investigation that has ensnared its chairman, the Chinese conglomerate said on Sunday in an attempt to reassure nervous investors.

The aggressively acquisitive owner of Club Med spoke to investors and the media after Guo Guangchang had been out of sight for nearly four days, adding to jitters in China’s private sector.

Mr Guo, known as China’s Warren Buffett, is not accused of any wrongdoing. Liang Xinjun, Fosun chief executive, said Mr Guo was “assisting the judicial authorities with an investigation but it is not because the company has problems”.

“It is the duty of any citizen to assist a government investigation,” he added. “This is a routine process in China.”

Wang Qunbin, the company’s president, stressed that Mr Guo was assisting in his individual capacity. “So far the investigation is focusing more on the individual.”

While reiterating Fosun’s statement on Friday that they could consult Mr Guo “via appropriate means”, Mr Liang and Mr Wang declined to say if they were in touch directly or through intermediaries.

Fosun executives sought to reassure investors about the financial position and creditor support, saying the group had cash and liquid assets of more than Rmb67bn while its net debt ratio had been reduced 9.8 percentage points to 53.5 per cent during the past year.

“Fosun is not run by one person but managed by a group of executives,” Mr Wang said, noting that he and other senior executives had worked together for almost 25 years. “The banks have a good understanding about the events and they will continue to support us.”

The executives said Fosun had recently completed the disposal of a minority stake in Focus Media, netting Rmb1.48bn. “We will continue to improve our liquidity position,” Mr Wang said.

“A lot of our investments are only held at cost,” he said. “But these are excellent assets and we believe their real value is higher than their book value.”

Fosun suspended its shares on Friday and later said that Mr Guo, one of the country’s best-known entrepreneurs, was “assisting in certain investigations carried out by the mainland judicial authorities”. Fosun has asked the Hong Kong stock exchange to resume trading its shares when the market reopens on Monday.