Hello, I'm Chris Barlow with the BBC News. The head of the UN nuclear watchdog says Iran has agreed to extend UN inspectors’ access to its sites for another 3 months. Rafael Grossi was speaking after talks in Tehran to avert a new threat to efforts to revive the 2015 nuclear deal. What we have agreed is, in the first place, Iran will continue to implement the comprehensive safeguards agreement without any limitation as they have been doing so far. In the second place, the agency is going to continue its necessary verification and monitoring activities for a period of up to 3 months. The Iranian parliament had voted to limit access by the IAEA if the US did not lift sanctions reimposed since former US President Donald Trump abandoned the nuclear deal. However, the US national security adviser Jake Sullivan said the new president believed diplomacy was the way forward. First, Joe Biden is intent, determined to prevent Iran from getting a nuclear weapon. Second, he believes that hard-headed clear-eyed diplomacy is the best way to do that. And so, he's prepared to go to the table to talk to the Iranians about how we get strict constraints back on their nuclear program. That offer still stands, because we believe diplomacy is the best way to do it. 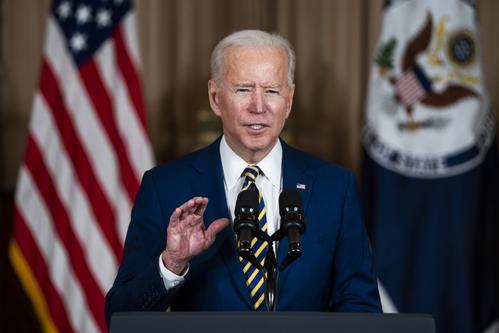 The International Committee of the Red Cross says the needs of people affected by fighting in the Ethiopian region of Tigray are overwhelming and greater than previously thought. Dominik Stillhart, the ICRC's director of operations, told the BBC that the humanitarian response to the situation needed to be scaled up urgently. Our teams are reporting that they are constantly taken aback by the needs they are discovering on the ground. The food security situation becomes extremely tense. The people in Tigray essentially lost the harvest season because of the fighting that's been going on. There are serious issues with regards to access to medical care.

The authorities in the state of Niger in North western Nigeria say they've secured the release of a number of people abducted in a bus last week. But the news of their release came a day after residents in the town of Gurmana were attacked by gunmen. Many fled into the nearby Kaduna river. Seven bodies were recovered from the river and 20 people are still missing.

An opposition politician from Rwanda has been shot dead in South Africa. Seif Bamporiki, a national coordinator and spokesman for the Rwanda National Congress, was reportedly killed in Cape Town. It's not clear whether the murder was politically motivated. World news from the BBC.

1. Dominik Stillhart, the ICRC's director of operations, told the BBC that the humanitarian response to the situation needed to be scaled up urgently.

Simply scaling up a size 10 garment often leads to disaster...

2. Our teams are reporting that they are constantly taken aback by the needs they are discovering on the ground.

Derek was taken aback when a man answered the phone.