Hello, I'm Neil Nunes with the BBC News. Donald Trump’s second impeachment trial will resume on Wednesday after US senators rejected arguments that because he was no longer president the process was unconstitutional. Mr. Trump is accused of inciting insurrection after his supporters stormed congress. More from David Willis. Democratic lawmakers acting as prosecutors showed a video of rioters storming the US Capitol into spurs with scenes of a police officer screaming as he was being crushed by a door, and lawmakers scrambling for safety as a gun is fired, killing one of the rioters, was a clip of Donald Trump. Speaking shortly before the insurrection took place, he urged his supporters to fight like hell to overturn his defeat in last November’s election. One of Mr. Trump's lawyers Bruce Castor told the hearing his client was speaking figuratively rather than literally and was merely exercising his constitutional right to free speech. 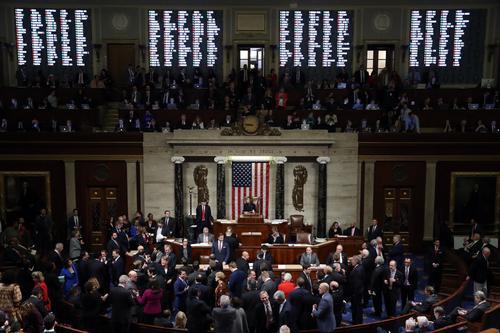 A court in Australia has ruled that a Muslim cleric who was jailed for leading a terrorist group can still be detained despite completing a 15-year sentence. The government applied to keep Abdul Nacer Benbrika in prison under a rarely used legal provision. Shaimaa Khalil is in Sydney. Abdul Nacer Benbrika, a known supporter of Osama Bin Laden, lost his appeal against a continuing detention order filed by the Australian government. The high court found that the law was valid as it protected the community from the threat of terrorism. Benbrika’s lawyers had argued that his prolonged detention was unfair and that the federal government did not have the power to impose the order. The Muslim cleric and his followers were arrested in November 2005, after Australia strengthened laws to detain those in the early stages of plotting terror attacks.

Buddhist monks, civil servants and students have joined a 5th day of demonstrations in Myanmar against last week's military takeover. In the main city Yangon, a small group of protesters staged a mock funeral procession for the coup leader Min Aung Hlaing. This demonstrator explained why he was marching. Our sister was shot with live ammunition yesterday. Her condition is critical right now. Now we see the military is taking brutal action against us, but we young people will lead the protest from various groups in every peaceful way. We will keep fighting against the regime. The military dictatorship must fail.

Thousands of Peruvian women who say they were forcibly sterilized will now be able to receive state compensation after being included in a government reparation scheme. Around 300,000, mostly indigenous women were sterilized before the turn of the century under a birth control program. World news from the BBC.

1. Speaking shortly before the insurrection took place, he urged his supporters to fight like hell to overturn his defeat in last November’s election.

2. We will keep fighting against the regime.

We all have a part to play in the fight against crime.