I'm Stewart Macintosh with the BBC News. Hello. On the eve of Donald Trump’s second impeachment trial in the US Senate, Democrats leading the prosecution say there's overwhelming evidence against him. Mr. Trump has been charged with inciting insurrection after his supporters stormed congress. Mr. Trump's lawyers have called for the case to be dismissed. Lebo Diseko has more details. They will begin with the debate and a vote on this issue of constitutionality, very similar to the vote we saw them have when the senators, jurors were sworn in. Five Republicans voted for the trial to go ahead. So, we're pretty sure that it will go ahead in the same vein. And then after that, from Wednesday, we think that each side will have 16 hours over the course of 2 days to make their case. And there is also an option for the House impeachment managers if they want to have a vote on whether or not to call witnesses. 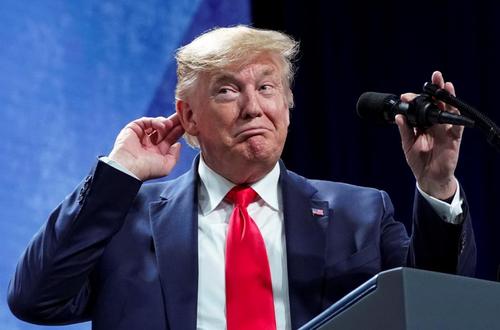 Honduras’ President Juan Orlando Hernandez is being investigated in the United States as part of a case against an alleged drug smuggler. The exact accusations haven't been revealed in the court filings in New York. President Hernandez has rejected the allegations. Will Grant reports. President Hernandez has been named in court filings in New York on several occasions, including as a co-conspirator in his brother's trial on drug trafficking charges in 2019. In the past, President Hernandez has strenuously denied any link to drug cartels, saying the accusations against him are politically motivated. As part of the case against his brother, it was alleged he received campaign funds from the jail drug lord Joaquin "El Chapo" Guzman. US prosecutors said assistance has hardly been forthcoming from the Honduras government in the investigation into the president with records not supplied nor witnesses extradited as requested.

The main US financial markets have risen to record highs and made optimism over the prospect of a stimulus package and increased coronavirus vaccinations. The S&P 500 index was up for the 6th consecutive day, its longest positive run since last August.

The Kremlin has criticized Germany, Poland and Sweden after all three countries expelled Russian diplomats. The three EU member state took action in retaliation for Russia's expulsion of their diplomats last week, accusing them engaging in protest, supporting Alexei Navalny. Columbia has announced plans to give legal status to hundreds of thousands of Venezuelan migrants who fled an economic crisis. Here is Will Leonardo.There are estimated to be 1.7 million Venezuelans in Colombia of whom was a million do not have legal status. The economic and social collapse in Venezuela pushing the migrants across the border show few signs of improvement. Speaking alongside the UN refugee chief, President Ivan Duque said the new temporary status lasting 10 years would allow the government to identify those living in Colombia. They now will be able to work and eventually seek permanent residency. World news from the BBC.

1. Mr. Trump has been charged with inciting insurrection after his supporters stormed congress.

He can be charged with murder according to this material.

The shooting may have been in retaliation for the arrest of the terrorist suspects.