A group of children from poverty stricken areas across China gathered on the outskirts of Beijing. Once, they were confused and challenged by difficulties unimaginable for many of their contemporaries who were used to a comfortable way of life.

Thanks to a charity sports program – angels of baseball power – launched by Sun Lingfeng, former captain of China's national men's baseball team at the 2008 Beijing Olympic Games, these "children in predicament", as Sun described them – many of whom are orphans, the children of prisoners or those left behind by parents who have gone missing – now see a silver lining.

Recently, the documentary film Tough Out brought this story into the spotlight. Released on Dec 11, it is so far the highest rated Chinese film in 2020 with a score of 8.7 out of 10 on movie review platform Douban and has received acclaim.

The filming began in 2016 and showed the world of these children. Due to their broken families and painful childhoods, most of them were hard to get along with. Ma Hu, for example, was angry and disobedient, frequently fighting with others. But when he joined Sun's baseball team, he had to learn to cooperate with his teammates to be successful. He gradually made use of that strength and defiance in a more positive way. When his team lost a game, Ma would learn to comfort his teammates. 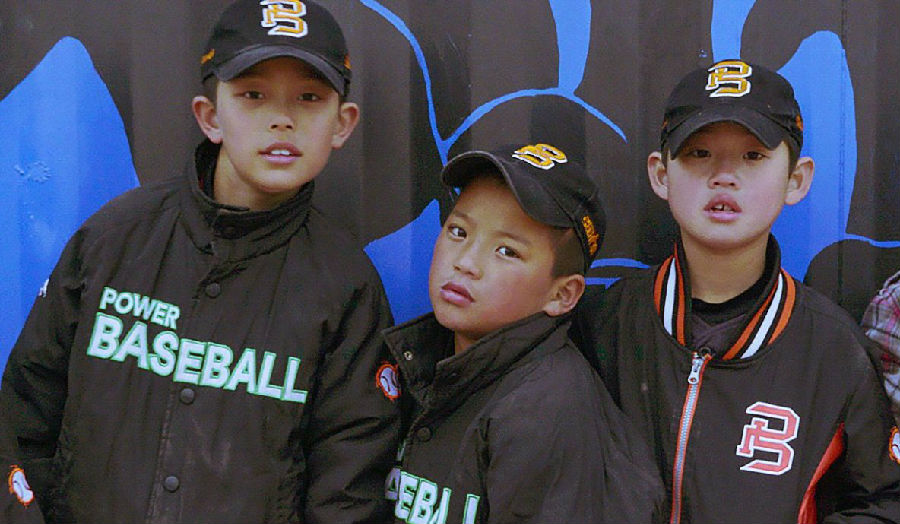 "Whether the children will take baseball as their profession or not, they have already achieved so much," Sun told China Daily. "By feeling the love of others, they will be able to go on and make a contribution to society in the future."

Unlike many other sports films, Tough Out doesn't simply focus on the inspiring part. Instead, it shows audiences about the kids' failures. In the film, this team never won a baseball competition. For this reason, some children lost faith and left the team.

"This film is so realistic. The struggles that children experienced – inner conflict and inability to play baseball games – made audiences feel heartbreak," noted SWEEKLY magazine.

That may explain why Xu Huijing, the film's director, loves the English translation of the documentary title Tough Out. "It not only showcases value of sports, but also tells people that failures are an important part of our life," Xu told The Paper.