BBC news with Chris Barrel. President Trump has welcomed a surprised set of employment figures, as evidence the U.S economy is on its way back after the coronavirus pandemic. 2.5 million new jobs were created in May, as some of the sectors worst affected by the lockdown were showing the strongest signs of recovery.
The Minnesota State authorities have reached an agreement with the city of Minneapolis to ban the use of the chokehold by police. The move follows last week's death in police custody of George Floyd. Four officers have been charged in connection with his killing. An investigation has been opened in several other instances of police violence during the demonstrations that followed. 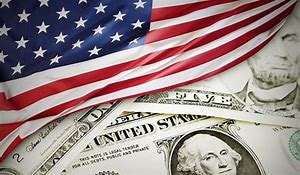 President Trump has directed the Pentagon to withdraw almost 10,000 U.S troops from basis in Germany by September. He wants a permanent cap on U.S troop level of 25,000. No reason has yet been given for the reduction, but one official said increased defense spending by other NATO members had been a contributing factor.
The UN's nuclear watchdog has expressed serious concern at Iran's continuing failure to allow access to sites it wants to visit. The IAEA said that for months, its inspectors have been prevented from examining two suspected locations. Iran has always said its nuclear program was peaceful, and has denied that it's ever sought to build a nuclear weapon.
Thousands of people in Mali have been taking part in a protest, calling on President Ibrahim Boubacar Keita to step down, because of the escalating Jihadist and communal violence. The rally was led by an influential Imam, who has been calling for talks with the militants.
And one of the world's leading orchestras, the Vienna Philharmonic is giving its first live performance after the lockdown. Because of social distancing rules, only 100 of the 2,000 seats will be taken. And that's the latest BBC news.

Thousands of people in Mali have been taking part in a protest, calling on President Ibrahim Boubacar Keita to step down, because of the escalating Jihadist and communal violence.

Judge Ito said that if his wife was called as a witness, he would step down as trial judge.
伊托法官说如果自己妻子被传为证人的话，他将辞去审判法官的职位~w#)&DIt.,5@JBmXmr1u。