A severe cyclone is making landfall in western India near the city of Mumbai, bringing powerful winds and intense rain. Yogita Limaye is in the city.

According to India's Weather Department, landfall will continue for three more hours. It is hitting the coast about a hundred kilometers south of Mumbai, near a very popular sort of tourist beach called Alibag. I've seen some videos that have been filmed by people who are in those areas and what I can see really is heavy rainfall lashing the shore, also gusty winds torn coconut trees swing wildly. I've also seen video of a ship that's on the shore, really sort of being buffeted around by big waves.

Protests over the killing in police custody of George Floyd have continued for an 8th night in the United States, but there were fewer reports of looting and violence with many cities have imposed earlier curfew times. Peter Bowes is in Los Angeles. 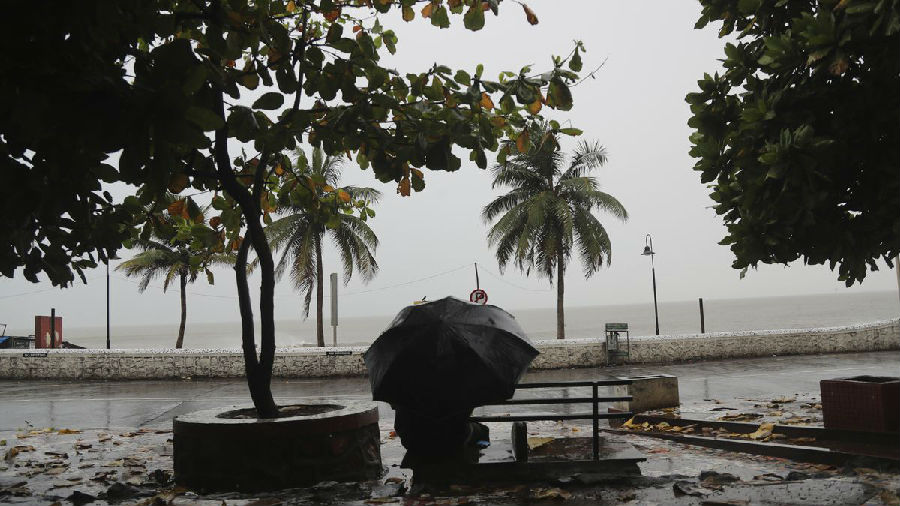 I think there has been a tangible change in the mood especially an improvement in relations between those demonstrators, protesters on the streets still in many cities around the country and their relations with the police, especially here in Los Angeles. Although right now late into the evening in L.A. many people have been arrested on the streets of L.A. in the center of Hollywood downtown, Los Angeles. Because they have defied the curfew, which has been in force here for several hours, now a dusk to dawn curfew, and again, that is a situation that is repeated around the country. And a lot of those people say that they are doing that, they are refusing to go home because they believe what amounts to civil disobedience is worth it. Still to make their point.

Pope Francis has called for national reconciliation in the United States, following what he called the tragic death of George Freud. He denounced racism as a sin, saying it could not be tolerated. But he added that the violence of recent days was self-destructive and self-defeating. Speaking in the Vatican, the Pope said he'd been greatly concerned by the social unrest.
Italy has reopened its borders to travellers from other European nations and freed up internal travel after nearly three months of coronavirus lockdown. Mark Lowen is in Rome.

With more than 33000 deaths, Italy has been ravaged by the virus, but the rate of new infections is at its lowest since the start of the pandemic. And with 13% of its economy based on tourism, Italy is desperate for visitors to return. Restrictions on travelling within regions of Italy have been removed and all travel to and from the European Union, the Schengen zone and the United Kingdom is now allowed, although not yet for visitors travelling via those countries, but starting their journey from elsewhere.

1....but there were fewer reports of looting and violence.

The deaths occurred when police acted to stop widespread looting and vandalism.
警方采取行动制止猖狂的打砸抢行为时有多人丧生7@q#F7Qo0(3zIkE9s。

2.He denounced racism as a sin, saying it could not be tolerated.

She publicly denounced the government's handling of the crisis.
她公开谴责政府处理这场危机的方式QRkjCD!m]]hMNnv-8[。