BBC News. Hello, this is Jerry Smit. The British Prime Minister Boris Johnson will try to refocus attention on his government's handling of the coronavirus pandemic after three days dominated by the conduct of his closest advisor Dominic Cummings. Mr. Johnson said he understood the confusion and anger some felt over Mr. Cummings' decision to drive his family hundreds of kilometers in search of child care, while the government was instructing people to stay at home. Other members of the government have also rallied to support Mr. Cummings. Here is the Cabinet Office Minister Michael Gove. When I read the story, I was convinced that there would be an explanation from Dominic, because I know that he's a man of honor and integrity. People will make their own mind up and as Dominic himself said, there will be many people who will think that his actions were wrong or mistaken. But looking at it in the round, I think that his actions were reasonable.

A court in South Korea has sentenced a 27-year-old man to four months in prison for repeatedly breaking coronavirus quarantine rules. He is the first conviction of its kind in the country. Laura Bicker reports. The man who's only been identified by his last name Kim, was asked to self-isolate at home for two weeks after coming into contact with COVID-19 patients. He was caught leaving his house just two days before his 14 day quarantine was due to end. He was taken to a residential center, but was once again caught trying to leave. The maximum penalty is one year in prison or a fine of around $8000. The court sentenced him to four months in jail. 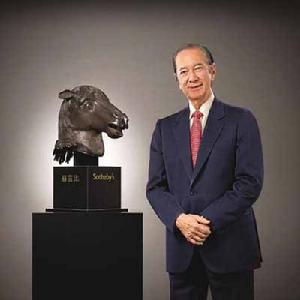 The Brazilian Health Ministry says It's not changing its advice on the use of hydroxychloroquine as a possible treatment for COVID-19, despite the World Health Organization's suspending trials of the drug. It took the precautionary measure after such a study suggested hydroxychloroquine might cause heart problems and increased deaths among patients with the disease. Venezuela's Attorney General has asked the country's supreme court to declare the opposition leader Juan Guaido's party a terrorist organization. Tarek William Saab said Voluntad Popular was behind a failed coup on May the 3rd that led to the detention of more than 50 people. Voluntad Popular has rejected the accusations.

A man nicknamed the King of Gambling, Stanley Ho, has died at the age of 98. Ho, a Hong Kong-born businessman, investor and philanthropist, run a casino empire in Macau for decades, having won a government monopoly from the then Portuguese colony. The enclave has now become the world's gambling capital. Stanley Ho love dancing and one of his instructors became his 4th and final wife. His multibillion dollar fortune is divided between her and his 16 surviving children. BBC News.

1.I was convinced that there would be an explanation from Dominic, because I know that he's a man of honor and integrity.

The judge took a dim view and I spent six years in prison.
法官对此并不赞成，我因此蹲了6年的监狱G@a4CVV7WR。

3.The man who's only been identified by his last name Kim, was asked to self-isolate at home for two weeks after coming into contact with COVID-19 patients.

We don't often come into contact with our former neighbours.
我们与以前的邻居联系不多Ph[Q~w^6XUe)!^oVjzp。