BBC News. Hello, this is Jerry Smit. The UN Secretary-General Antonio Guterres has opened a global summit on refugees with a call for bold action to address the plight of tens of millions of people forced to flee their homes by conflict or persecution. He urged delegates at the meeting in Geneva to help the humanitarian spirit prevail over those who seem determined to extinguish it. At a time when the right to asylum is under assault, when so many borders and doors are being closed to refugees, when even child refugees can be divided from their families, we need to reaffirm human rights of refugees.

A special court in Pakistan has sentenced the former President Pervez Musharraf to death for high treason. It is the first military ruler to be convicted of this crime. General Musharraf has been living in Dubai since 2016 and is unlikely to return. Secunder Kermani reports. General Pervez Musharraf was accused of treason for having declared a state of emergency in Pakistan in 2007 as he was facing widespread opposition to his rule. The case has dragged on since 2013 with Mr. Musharraf having spent the past three years living in Dubai claiming to be in need of medical treatment there. Despite the fact it is unlikely to be carried out, this death sentence is unprecedented. Pakistan's powerful military have controlled the country directly or indirectly for much of its existence, but no other ruling general has ever faced this kind of trial. 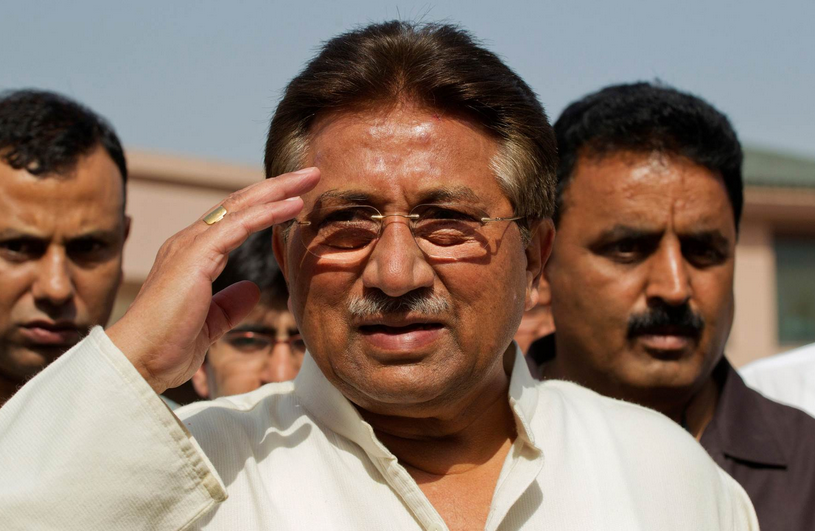 The chairman of the South Korean electronics giant Samsung Lee Sang-hoon has been sentenced to 18 months in prison for sabotaging labor union activities. 25 other current and former employees were also found guilty in the same case. They've been involved in finding out personal information about union members and using it to encourage them to leave the union.

The European Space Agency has postponed the launch of its first mission dedicated to the study of distant worlds. The rocket carrying the telescope was to be launched in French Guyana, but it was delayed because of a late technical hitch affecting one of its boosters. The Cheops telescope will be used to study planets orbiting other stars to find out more about their composition and structure.

Police in northern Thailand are hunting a convicted serial killer who was released from prison for good behavior, but is now the prime suspect to the murder of the 51-year-old woman. Somkid Phumphuang received a life sentence in 2005 for killing five women who worked in Thailand sex industry. He was let out of prison seven months ago under a program that is meant to relieve serious overcrowding in Thai jails. BBC news.

1.Despite the fact it is unlikely to be carried out, this death sentence is unprecedented.

Commitments have been made with very little intention of carrying them out.
诺言是许下了，可是基本没有打算真的照办FPy@l9ySZam3Qs。

2.They've been involved in finding out personal information about union members and using it to encourage them to leave the union.

3.The European Space Agency has postponed the launch of its first mission dedicated to the study of distant worlds.

I believe he was an honourable man, dedicated to the people and his union
我认为他是个品行高洁的人，一心奉献于人民和工会的事业7ud5lLRi-S0Sdm。