Bolivia is the scene of today's first story. The South American country is in the middle of a political crisis following a resignation of its president early this week. And leaders around South America are trying to help Bolivia chart a path toward new elections.
Former President Evo Morales was first elected in 2005. He was reelected in 2009 and 2014, and his political party, the Movement Toward Socialism Party, kept control of the government's legislature as well. That helped former President Morales pushed through the laws he wanted. 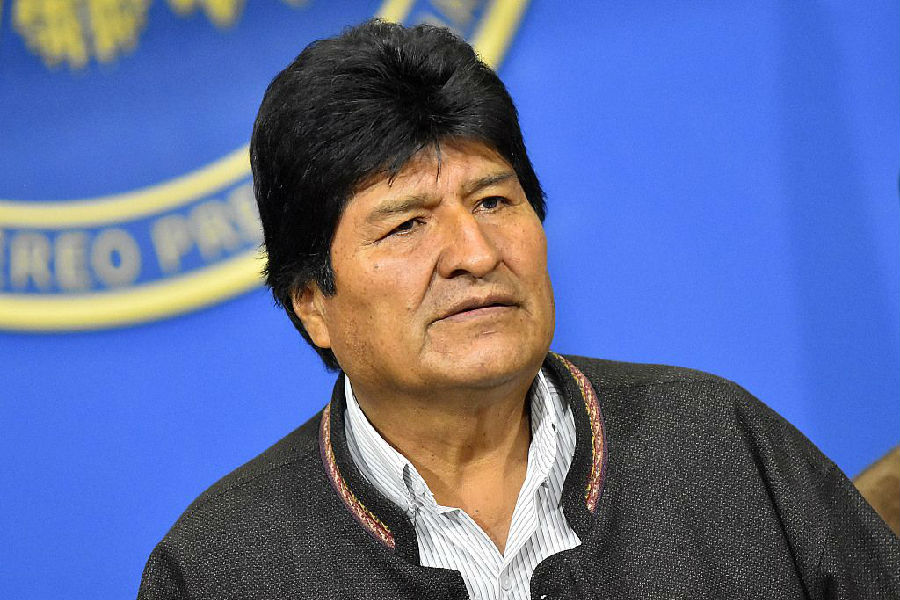 In October of this year, he ran again for president, and while it looked like he was ahead of his opponent in the early results, there were problems with the vote count. Opposition parties said it had been changed to benefit the incumbent president. And on Sunday, election monitors published a report saying there were serious irregularities with the vote count that had an impact on the results.
The former leader and its allies in Latin America say a coup forced him out of power. There have been numerous coups and counter coups in Bolivian history. But the nation's opposition parties say this is a fight for democracy and peace.
It's not clear yet who be the next person to lead Bolivia. Everyone who is next in line to the presidency has resigned.

重点讲解：
1. in the middle of (某件事或某段时间的)中期；
I had a little lapse of concentration in the middle of the race.
我在比赛中途一时走神bGd7).qn~6a-mk。
2. as well 也；还；
The problems of the auto industry have created economic ripples through the rest of the economy as﻿ well.
汽车业的问题造成其他行业也出现了经济上的连锁反应YxTDG+0-_d|8ad@~NP|d。
3. run for 参加选举；竞选；
It was only last February that he announced he would run for president.
去年2月，他才宣布自己将参加总统竞选q*mo|f42P9m&。
4. be ahead of 领先于；比…出色；
She was always well ahead of the rest of the class.
她总是遥遥领先班上的同学pp=E88NCz]。