BBC News. Hello, I'm Gareth Barlow. Guinea Bissau is holding a presidential election after weeks of violent protests in an alleged coup attempt. President Jose Mario Vaz, the first democratically-elected president to serve his full term in office, is seeking reelection. He's facing eleven other candidates, including the former Prime Minister Domingos Simoes Pereira. Tensions between Present Vaz and the ruling party have been high. In recent weeks, the regional bloc ECOWAS has warned of the threat of civil war.

Pope Francis has made an impassioned appeal for the abolition of nuclear weapons. The pontiff delivered his message in the Japanese city of Nagasaki which was hit by an American atomic bomb in August 1945. Ben Lowings reports. Hundreds of people gathered in the pouring rain to hear the Pope. He spoke next to a photograph taken after the attack which shows the young boy carrying his dead baby brother on his back. The Pope said nuclear weapons were not the answer to a desire for security, peace and stability, arms which threatened total annihilation he said only fermented fear and mistrust. The Pope laid a wreath of white flowers and offered a silent prayer at the site where the bomb fell. 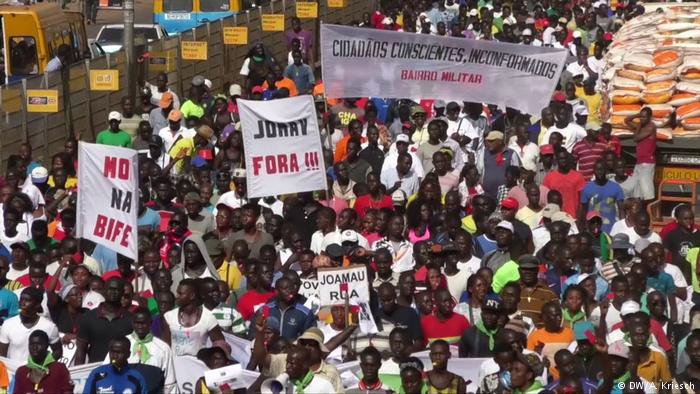 The Lower House of Bolivia's Congress has approved a bill calling for general elections. The interim president has said she will sign the law so it can go into effect. The BBC's Nicholas Rocha has more details. Bolivia's new law did not set a date for the poll, but it allows all political parties to take part, including the left-wing Party of the former President Evo Morales. He and his deputy Alvaro Garcia are however, banned from participating. Mr. Morales has been accused of terrorism and sedition over his alleged role in fomenting unrest in the country and has fled to Mexico. Bolivia's interim President Jeanine Anez is meeting opposition groups to try to end the four weeks of violence that followed the first election which international monitors said was fixed.

The US Supreme Court judge Ruth Bader Ginsburg has been admitted to hospital suffering from chills and a fever. Aged 86, Ms. Ginsburg is the court's oldest serving liberal Judge and her health is closely watched. In August, she was treated for a cancerous tumor on her pancreas. If she were unable to continue in her role, President Trump would have the opportunity to appoint a third conservative Supreme Court Judge.

An American boxer Deontay Wilder has successfully defended his WBC world heavyweight title for the tenth time, knocking out his opponent, the Cuban Luis Ortiz. The challenger had outboxed Wilder in the first six rounds, but a devastating right hand from wilder in round seven left Ortiz stunned and beaten on the canvas. The win puts Wilder closer to unifying all four heavyweight boxing belts. World News from the BBC.

1. Bolivia's new law did not set a date for the poll, but it allows all political parties to take part.

set a date for 设定时间

We had not set a date for marriage but there was an understanding between us.
我们还没有确定结婚的日子，不过我们对此有一致的想法4d&M4+[X&Tp4SDfMv%。

2.If she were unable to continue in her role, President Trump would have the opportunity to appoint a third conservative Supreme Court Judge.

Once the compulsive spender stops at the mall, she will be unable to control her spending.
患强迫性购物症的人一旦来到购物中心，就无法控制自己的开支%i;4GJ=f9Ce。

3.In recent weeks, the regional bloc ECOWAS has warned of the threat of civil war.