BBC news with Stewart Macintosh.
Israel's Prime Minister Benjamin Netanyahu has described corruption allegations against him as an attempted coup. Mr. Netanyahu, who has been indicted on charges of bribery, breach of trust and fraud, denies all wrongdoing, and says he will not stand down. He is not legally obliged to do so.
Amnesty International says the security forces in Chile have deliberately injured people taking part in mass demonstrations against inequality in order to discourage further protests. The human rights group said excessive police force had led to the death of five people. 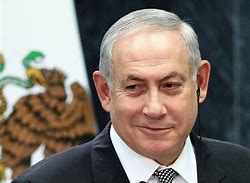 A former senior White House security adviser Fiona Hill has accused American politicians of spreading false claims that Ukraine has tried to meddle with U.S elections. Ms. Hill has been giving evidence at the latest impeachment hearings on Donald Trump.
The U.S says it's worried about anti-government protesters in Nicaragua, who have been besieged in a church for more than a week by the police. 14 are on hunger strike. They are calling for the release of relatives arrested for political reasons.
The British Foreign Minister Dominic Raab has announced that a number of orphan children whose British parents died in Syria are being returned to the U.K. He said this was the right thing to do. It's understood the children were living in areas which used to be controlled by the Islamic state group.
An investigation into an Italian road bridge collapse last year has discovered that sensors to monitor its ability have long been out of action at the time of the disaster. 43 people were killed when the bridge in Genoa came down in a storm.
The investigative division of World Athletics has suspended the president of the Russian Athletics Federation and several other officials. The Athletics Integrity Unity said they have obstructed an investigation into a Russian high jumper.
That's the BBC news.

and says he will not stand down. He is not legally obliged to do so.