Russia has condemned a series of Israeli air strikes on dozens of targets in Syria belonging to the Syrian government and its Iranian allies. The Kremlin said such attacks were completely against International law. Israel said the strikes were a response to rocket fire from an Iranian unit in Syria. Barbara Plett-Usher reports.

Israel has carried out hundreds of air and missile strikes on targets linked to Iran in Syrian territory, but this was one of the broadest attacks to date. Unusually, the Israelis not only publicly confirm the operation, but sent out a map of the sites they hit. Military spokesman said there were dozens, including weapons depots and command centers. Most of them were around Damascus, which they said was the origin of the rocket fire at Israel on Tuesday.

The authorities in Malta say a businessman Yorgen Fenech has been arrested as part of the investigation into the murder of the journalist Daphne Caruana Galizia. Mr. Fenech was detained at sea in his yacht off Malta. At the time of her death two years ago, Miss Caruana Galizia was helping investigating Mr. Fenech, whose company 17 Black, was named in a highly critical report by the Council of Europe. The BBC's Mike Saunders says the scandals put the Prime Minister Joseph Muscat under increasing pressure. 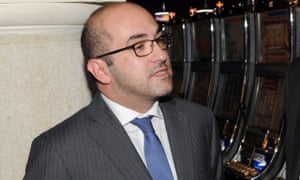 One former opposition leader Simon Busuttil has called on him to resign, saying his position after this arrest is untenable. What I can tell you is what it says in the Parliamentary Assembly of the Council of Europe report, which is that it urges the Maltese law enforcement bodies to end what it calls the prevailing climate of impunity by robustly investigating and prosecute those suspected of being involved or benefiting from the scandals exposed by Daphne Caruana Galizia.

At least twelve people have been killed when rebels attacked the town of Beni in the east of the Democratic Republic of Congo. Eyewitnesses say men from the Allied Democratic Forces used machetes. Police in Zimbabwe have used batons, tear gas and water cannon to beat up and disperse supporters of the main opposition party in the capital Harare. They were due to hear a speech by Nelson Chamisa, the leader of the Movement for Democratic Change. The latest police action comes as the opposition accuses President Emmerson Mnangagwa of adopting the same heavy-handed tactics used by his predecessor Robert Mugabe.

Bus and truck workers in Bangladesh have joined a transport strike that's crippling large parts of the country. Passengers have been left stranded as buses were halted on main routes out of the capital Dakar. Goods transportation has also come to a standstill. The strike began on Monday as workers protested against the implementation of new transport laws, imposing tough penalties for traffic offenses.

News from the BBC.

1.Russia has condemned a series of Israeli air strikes on dozens of targets in Syria belonging to the Syrian government and its Iranian allies.

2.One former opposition leader Simon Busuttil has called on him to resign, saying his position after this arrest is untenable.

This argument is untenable from an intellectual, moral and practical standpoint
从智识、道德和现实的角度来看，这一论点是站不住脚的6TvjEyA;lox8vX。