Hello, I'm Daniel Yevoyaska with the BBC news. Iran says it will resume enriching uranium at an underground site south of Tehran. This would be a major breach of the nuclear deal that the country's struck with the US, the Europeans and others. Alan Johnston reports. The Iranian President Hassan Rouhani said gas would be injected into more than a thousand centrifuge devices at what's called the Fordow plant, activating the uranium enrichment process there. This constitutes a further violation of technical agreements in the international accord that aimed to curb Iran's nuclear program. The Iranians began breaking commitments they made earlier this year following President Trump's decision to abandon the agreement. The US has imposed sweeping sanctions on Tehran in an effort to pressure it into renegotiating the accord.

Relatives of an American mormon family ambushed by a suspected drug cartel in northern Mexico, say at least nine people died in the attack, including six children and their mothers. They say some had burned to death after their car caught fire. The victims belong to the LeBaron family, part of a breakaway mormon community. Vanessa Boshluta has more details. What we know is that a group was traveling from a one town to another town to visit relatives and they were traveling in three SUVs. And it seems like they were ambushed by a drugs gang. It's not quite clear whether one of the cars was ambushed first. This one car had a puncture apparently, and the other two cars had gone back to the nearby town to get help. But what we know is that in that first car, that mother with the four children was killed. They were shot at and then the vehicle was either set light or caught fire when the hail of bullets hit it. 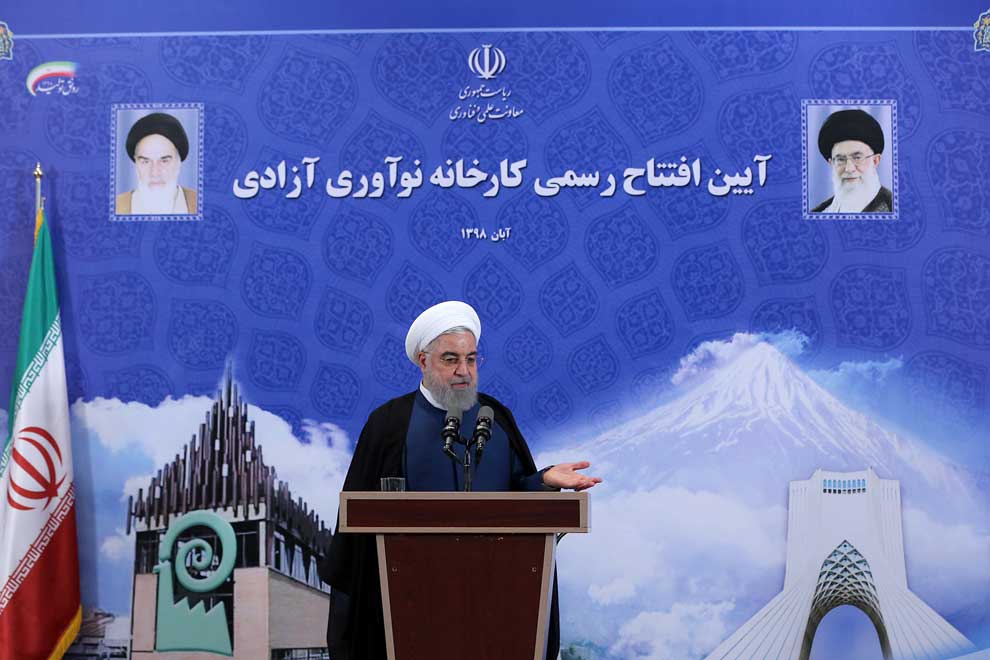 The President of Mali has urged people to unite behind the country's army following the Jihadist attacks that have killed around fifty soldiers over the last week. He said the stability and the very existence of the country were at stake. Our Africa regional editor Will Ross reports. Ibrahim Boubacar Keita has called for people to unite behind the army and not to undermine its morale. Comes at a time when there's growing anger that the highly mobile Jihadists appear to be winning the war and not for the first time. Seven years ago, Islamic militants seized most of northern Mali, a move that prompted France to intervene. Thousands of French troops are still in the region, but along with soldiers from several West African armies, they've been unable to stop the attacks by the Islamic State in the greatest Sahara and Al-Qaeda-linked Jihadists.

The Turkish President Recep Tayyip Erdogan says Kurdish forces are still active in northern Syria despite agreeing to leave under deals brokered by Russia and the United States. Turkish and Russian troops have begun their second joint ground patrol near the town of Cabernet in northern Syria. World news from the BBC.

1.The US has imposed sweeping sanctions on Tehran in an effort to pressure it into renegotiating the accord.

2.He said the stability and the very existence of the country were at stake.

People don't just knock one another off like this unless there's big money at stake.
如果不是为了冒险赚大钱，人们不会像这样彼此残杀IfE*sycFrbt。

3.Seven years ago, Islamic militants seized most of northern Mali, a move that prompted France to intervene.

The thought of her daughter's wedding day prompted her to lose some weight.
对女儿婚期的操心使她消瘦不少Jb3E3nRPD6_)aTxGm0。