Wildfires, Power Cuts Hit Northern, Southern California
Hundreds of thousands of families in California are being affected by wildfires in the state, and as many as 1.5 million people may lose electrical power.
The company Pacific Gas & Electric (PG&E) called for another blackout early Tuesday in 29 northern California counties. An earlier power outage that started Saturday affected 2.5 million people, the Associated Press reported.
PG & E is the nation's biggest utility company. But it has been severely criticized for the last two years over the part it has played in fires in the state and how it has provided electricity during those times.
Some Californians are unhappy with the company's decision to cut electricity. Janet Luoma of Santa Rosa told the Associated Press, "It's so obvious it's just to protect them from more liability."
California Governor Gavin Newsom has grown accustomed to fires. "What's interesting about the fires at this moment is that it's rather normal," he told reporters Monday. "What's not normal is the power shutoffs," he added.
The fires have affected or destroyed many homes across the state. They have even affected people who live in costly neighborhoods in southern California. NBA Basketball superstar LeBron James was forced to leave the area where he and his family live and tweeted about it on Sunday:
"Man these LA fires&#56613;aren't no joke. Had to emergency evacuate my house and I've been driving around with my family trying to get rooms. No luck so far! "
In Northern California, schools are closed in some areas while others do not have power. Stores in Oakland, near San Francisco, are using generators. And many people use their cars to charge their electronic devices.
Affecting north and south
The fire is affecting areas in both the northern and southern parts of the nation's second largest state by land area.
In the north, the California Department of Forestry & Fire Protection says the Kincade Fire is affecting more than 30,000 hectares in Sonoma County. The fire has been burning for five days and is only 15 percent contained. Sonoma County is famous for wine growing. The AP reported that 96 buildings were destroyed in the county as of Tuesday. But it is only one of the fires in the area.
In southern California one of the fires has destroyed homes near the Getty Museum which holds a major art collection and library. However, while eight homes nearby were burned the museum is in better condition than other structures. It is made of stone and has a huge water storage tank.
Strong winds are feeding the fires and spreading them quickly. Weather experts on Tuesday said they expected strong winds in the north with little chance of rain.
Scotty Richardson spoke to AP about his experience. He lost power on Saturday. He said the possibility that electricity will not be restored for days makes him "furious, furious."
Last week, PG & E admitted that its equipment might have been the cause of fires in some areas.
I'm Mario Ritter Jr.

So far we haven't been able to find anything, but we're still researching.
目前我们还没有任何发现，但是我们仍在研究.Kh,=%ML#Mp+dMF。

We lost power and were out of power for a generation.
我们失去了权力，在一代人的时间内都未能重新掌权T~-|rmwjA30A%%Je。

We expect to be protected against electrical power failure and the harmful effects of pollution.
我们还希望能远离电力故障和污染的有害影响a6DgF[D6#N。

This suit is made of very good material.
这套衣服的质料很好2-=mPM@,IOj90j。

5.Weather experts on Tuesday said they expected strong winds in the north with little chance of rain.

The patient has contracted a fatal illness. There is little chance of his recovery.
这个病人已病入膏肓，没有多少痊愈的希望了WXeB=gSTMgl.)1YD#H。
His hopes for a new political party have little chance of reaching fruition.
他期盼出现一个新政党的愿望几乎不可能实现HllCtqA@TXY|%ep~)HV+。

6.Hundreds of thousands of families in California are being affected by wildfires in the state, and as many as 1.5 million people may lose electrical power.

Hundreds of thousands of 数万的 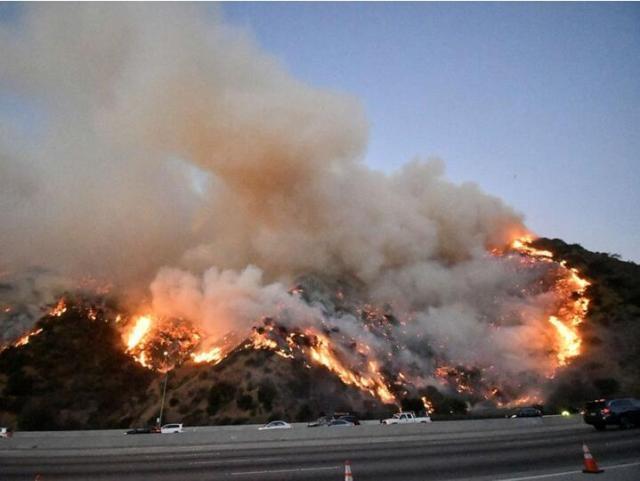