Hello, I'm Eileen MacKue with the BBC News. The White House says President Trump will make a major statement on Sunday following reports of a US special forces operation against the leader of the Islamic State group, Abu Bakr al-Baghdadi. Newsweek Magazine quotes army sources as saying the IS leader is dead, but there's no official comment or confirmation. Tom Bateman is on the Turkey-Syria border. There was clearly some kind of US operation targeting high value targets, high value militants as the US would see it in Idlib province in that part of northern Syria. But obviously the work that's been going on for US military officials is final confirmation about the identity, because there are some contradictory or sketchy reports really about the exact nature of the operation there. But one resident that we have spoken to in the town in Sumadsas said that they saw helicopter gunships. They saw troops. Thare were airborne apparently on the ground in some kind of major operation. So it's clear that something has happened there.

Power has been cut to almost a million homes and businesses in California in an attempt to stop damaged cables starting new wildfires. More than two million people are losing their electricity supplies across thirty six counties. Ninety thousand people have been moved from their homes and a state of emergency is in place. 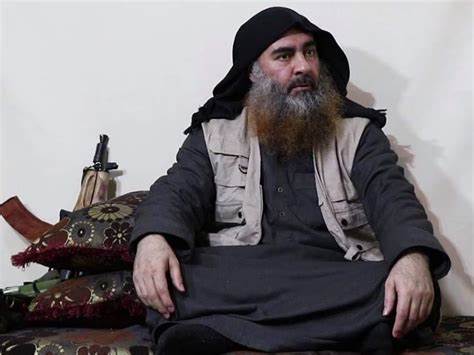 An Australian serial killer who kidnapped and murdered seven hitch hikers over a four-year period from 1989 has died in prison. His victims were all aged between 19 and 22. Phil Mercer in Sydney has more details. Ivan Milat's never admitted to his monstrous crimes. In each case, he'd offered young hitch hikers a lift before stabbing or shooting them. He buried the bodies in shallow graves in a forest south of Sydney. His victims were from Australia, Britain and Germany. Milat was jailed for life in 1996. He was also a major suspect in at least three other murders. The 74-year-old former road worker was diagnosed with terminal cancer in May.

Colombians are voting in their first local elections since the government signed a peace deal with FARC rebels three years ago. The former rebel group has become a political party and is contesting the vote. From Bogota, here's Matthew Charles. The former leftist insurgents remain deeply disliked by the electorate and analysts say the best the FARC can hope for is the council seat in areas that were once under their control. Today's vote is also a test for President Duque and his ruling Democratic Center Party. Mr. Duque has become increasingly unpopular since he took office last year and may well be punished by voters over the government's controversial plans for economic reform. The poll is also the climax of what's been a bloody campaign. Twelve candidates from across the political spectrum have been assassinated and twenty-seven more have survived attempts on their lives. Matthew Charles reporting. World news from the BBC.

1.The poll is also the climax of what's been a bloody campaign.

For Pritchard, reaching an Olympics was the climax of her career
对普里查德来说，参加奥运会是她事业上的巅峰3Fvmii1(Xt#。

2.The 74-year-old former road worker was diagnosed with terminal cancer in May.

Susan had a mental breakdown and was diagnosed with schizophrenia
苏珊精神崩溃，被诊断为得了精神分裂症vP.-K.k-.Fav1oyc,(d*。

3.In each case, he'd offered young hitch hikers a lift before stabbing or shooting them.

It was then that he noticed the hitchhiker by the road.
就在当时他注意到马路边有个搭便车者PoQl)&g%;DQS2T。