Hello, this is David Austin with the BBC News.

Austrians are voting at an early general election after a scandal in May caused the previous coalition to collapse. A former head of the junior coalition partner, the far-right Freedom Party had to resign after he was caught in a video sting bringing down the government led by the Conservative Sebastian Kurz. From Vienna, here's Bethany Bell.

Since the collapse of the last government in May, Austria has been ruled by a caretaker technocrat administration. Now the country's going to the polls again, in the running of the Conservatives led by the young former Chancellor Sebastian Kurz; the Social Democrats led by Pamela Rendi-Wagner; the anti-immigrant Freedom Party with its new leader Norbert Hofer and the Greens under Werner Kogler. Also in the race of the liberal Neos. Coalition talks following the election are likely to take a number of weeks.

Saudi media are reporting that the personal bodyguard of King Salman has been shot dead in what was described as a personal dispute. Sasha Schlichter reports. 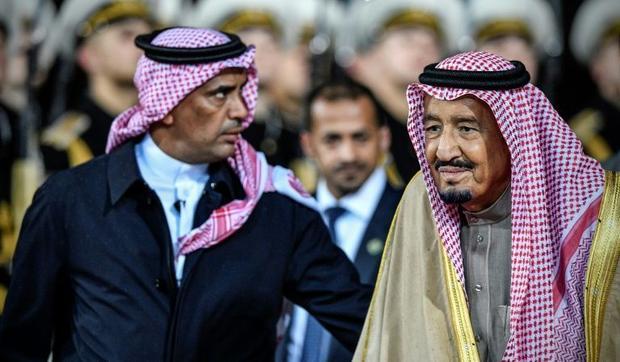 According to Saudi state media, Major General Abdulaziz al-Fagham was killed in the Red Sea port city of Jeddah where the government relocates for the summer months. He passed away on Saturday evening at the Grand Mosque. Images of the general have been shared on twitter accompanied by verses of lamentation. General al-Fagham had also served as the personal bodyguard of the late King Abdullah, Salman's half brother. The official explanation of the death was an exchange of fire following a personal dispute.

The turnout in Afghanistan's presidential election is estimated to be the lowest since 2001 when the Taliban regime was defeated. The overall number is expected to be just over two million, meaning roughly one in five registered voters cast their ballot. Correspondents say the turnout on Saturday was very low because people were worried about security and have lost faith in the electoral process. Preliminary results are not expected before mid-October.

The speaker of the US House of Representatives Nancy Pelosi has said public opinion has moved behind the Democrats' decision to open an impeachment investigation into President Trump, but she said the move to start an inquiry was not political, but a matter of principle.

I think right now, there's a cover-up of the cover-up. And I'm just saying to you that people say you have to take a political risk doing that, that doesn't matter, because we cannot have president of United States undermining his oath of office, undermining our national security and undermining the integrity of our elections. Mr. Trump said that he was being targeted by the Democrats for standing up for basic freedoms and the future of the US was at stake.

1.Austrians are voting at an early general election after a scandal in May caused the previous coalition to collapse.

A section of the Bay Bridge had collapsed
海湾大桥有一段垮塌了_e_)HwJGN)。

2.The official explanation of the death was an exchange of fire following a personal dispute.

They have won previous pay disputes with the government
在先前和政府的工资纠纷中他们赢了[2e0cK5,S#%,;#B。