BBC news with Julie Candler.
Donald Trump has condemned the launch of the impeachment proceedings against him, saying they are based on the hoax. Mr. Trump said he supported full transparency on information provided by the whistleblower who first raised concerns about the President's telephone call with Ukraine's leader. Details of the conversation which just have been released showed that he asked for help to investigate corruption claims against his possible election rival Joe Biden and his son. 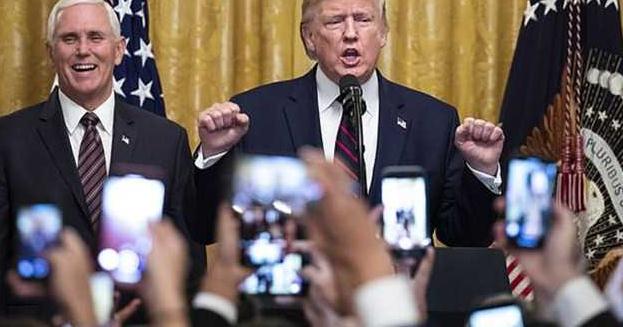 The British Prime Minister Boris Johnson has returned to the Parliament he unlawfully suspended to accuse the opposition of an obsessive desire to block Brexit. The opposition leader Jeremy Corbyn urged Mr. Johnson to resign.
The IMF has for the first time appointed a person from eastern Europe to be its managing director. Kristalina Georgiera from Bulgaria replaced its Christine Lagarde. She has previously held senior positions of the World Bank in the EU.
Israel's President Reuven Rivlin has asked the Prime Minister Benjamin Netanyahu to try to form a new government after last week's election ended in deadlock. Mr. Netanyahu's main rival Benny Gantz rebuffed an invitation to join a unity administration.
The United States has decided to remain in the International Postal Union after it agreed reforms. American companies had complained it was cheaper for Chinese e-commerce firms to post goods to the United States than for them to post goods within the US.
The Brazilian Senate has approved the nomination of a new Prosecutor General who has been criticized by environmentalists for his views on the Amazon. President Jair Bolsnaro said he chose Augusto Aras because they agreed that the agricultural development shouldn't be deterred by environmental concerns.
The Zimbabwean government had denied its holding a Doctors Union's official Peter Magombeyi against his will preventing him from seeking medical treatment in South Africa.
BBC news.

1.Donald Trump has condemned the launch of the impeachment proceedings against him, saying they are based on the hoax.

be based on 基于……，根据……
All of the work we do is based on science.
我们所做的一切都是在科学的基础上完成的STFc3Ud)jTp。

2. Mr. Trump said he supported full transparency on information provided by the whistleblower who first raised concerns about the President's telephone call with Ukraine's leader.

What provides anonymity for the whistleblower?
是什么为告密者提供匿名性？