The United States is to send troops and missile defense systems to Saudi Arabia and the United Arab Emirates in response to last week's attack on Saudi oil facilities. Washington has blamed Iran for the attack, but the Iranians insist they were not involved. With more details, here's Frank Gardner.

The multiple drone and missile attacks on Saudi Arabia's oil installations have exposed a major gap in its defenses. Now, the US, its strategic ally, has offered to help plug that gap with a package of defensive measures. The US navy destroyer is being stationed in the northern Gulf to intercept any missiles coming from that direction. The Pentagon has also announced a further deployment of what's been called a moderate number of troops to Saudi Arabia to join those already helping the country bolster its anti-missile defenses.

Hundreds of protesters took to the streets of Cairo and other Egyptian cities on Friday night in a rare sign of opposition to President Abdel Fattah el-Sisi. In Cairo, small groups gathered near Tahrir Square to demand an end to his rule. Police fired tear gas to disperse them. Some people were detained. Dissent has been repressed since President Sisi took power. 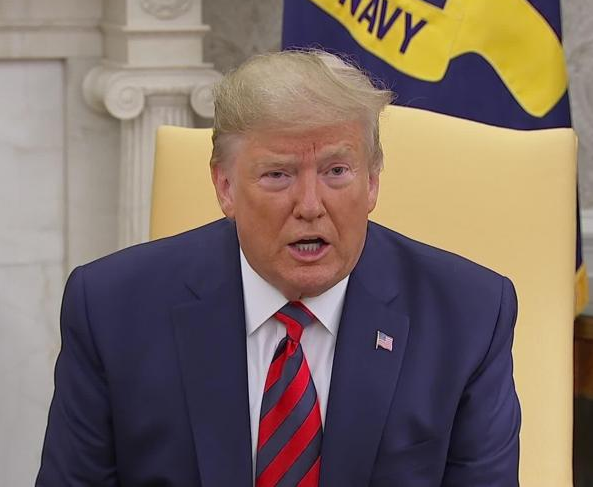 The Swedish teenage activist Greta Thunberg has addressed large crowds in New York at the end of an international day of climate change protests, which she inspired. Describing it is a wave of change, she praised those taking part in what she called the biggest climate strike in history. She said the eyes of the world would be watching to see if politicians would act to slow global warming.

The US Democratic Party presidential contender Joe Biden has urged President Trump to immediately release the transcript of a phone call with the leader of Ukraine that's become the subject of growing controversy. Mr. Trump is accused of using the call with Volodymyr Zelensky to press Ukraine to investigate alleged corruption involving Mr. Biden' son. Aleem Maqbool reports from Washington.

For much of his presidency, Donald Trump's battled allegations he benefited from a foreign power interfering in the last election. Now he's already fighting claims he's inviting help for the next election not from Russia this time, but Ukraine. It's come to light that the US intelligence official were so disturbed by the thrust of a telephone conversation between President Trump and the Ukrainian president Volodymyr Zelensky that he made a formal complaint. Donald Trump says he's done nothing wrong.

You're listening to the latest world news from the BBC.

1.and the United Arab Emirates in response to last week's attack on Saudi oil facilities.

The meeting was called in response to a request from Venezuela.
应委内瑞拉的要求召开了这次会议y,hDn7zK-|X%。

2.The US navy destroyer is being stationed in the northern Gulf to intercept any missiles coming from that direction.

Reporters intercepted him as he tried to leave the hotel.
他正要离开旅馆，记者们把他拦截住了3N4z|lDN%py^fCL@8f_9。