Now, the VOA Learning English program Words and Their Stories.

As the weather turns warmer, many people love to head outdoors to dig in the dirt, plants seeds and watch them grow.

Gardening is a very popular hobby. And it is one that produces wonderful results – food for your dinner table and flowers for your home!

Gardens themselves can be very beautiful. So you would think that a garden path is a great place to be. Well, in conversation, it is not. Leading someone up the garden path means you are trying to trick them. You are not trying to show them your beautiful flowers. 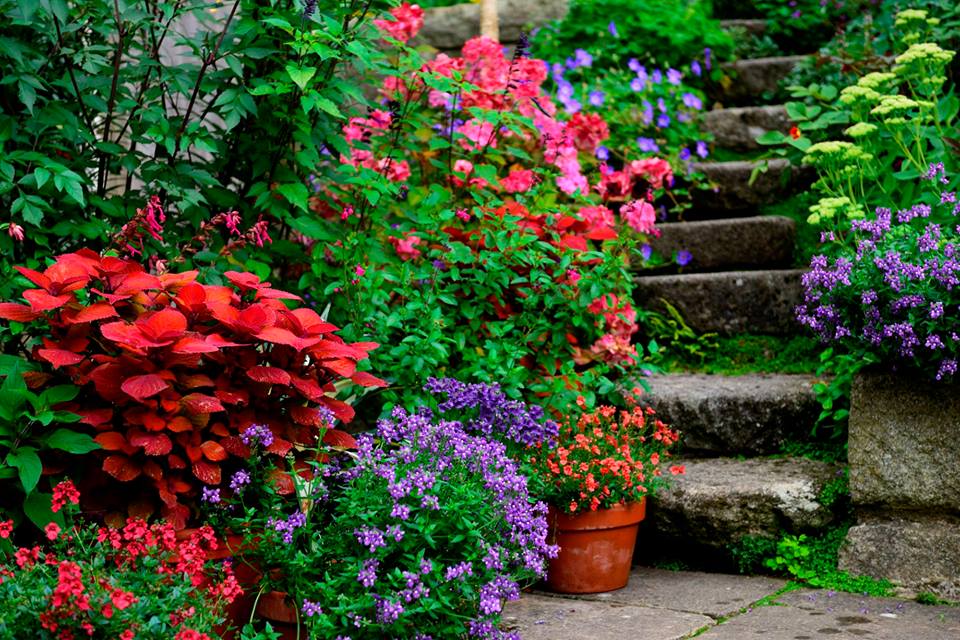 Besides plants and flowers, people can bud, too. If a child is good at drawing and painting, we can call him a budding artist. Or if someone just completed law school, we can call her a budding lawyer. So "budding" describes something that is beginning to develop.

On the opposite end, you stop something from growing if you nip it in the bud. This is a common expression when we talk about stopping something bad and preventing it from continuing. It's good to nip small problems in the bud before they turn into big problems.

Now flowers that bloom are beautiful to see -- even garden-variety flowers.

Now, a problem that many gardeners have is weeds. Weeds grow easily and can quickly take over a garden. In conversation, we sometimes use "weeds" to mean too many details. So, if you are in the weeds, you are taken over by too many details.

Often, we put ourselves in the weeds. That usually happens when someone knows a lot about a topic.

For example, let's say a politician is giving a speech on affordable housing. But she gives too much information on the legislative process needed to accomplish her goal. You could say, "She is really in the weeds. People stopped listening 20 minutes ago. They just want to know if they are going to be able to buy a house or not. They are not interested in all these boring details."

From politics to sports to movies, you can be in the weeds on any topic.

As we said, weeds grow quickly. So do children. So, we like to say a child grows like a weed.

This expression compares a child's fast growth to that of a weed. Saying a child grows like a weed, does not compare a child to a weed in any other way – like being annoying or unwanted. So, you can use it with family, friends or even at work as you talk about your boss's child.

Some weeds may not be pretty to look at, but flowers in full bloom are beautiful!

Blooms that appear later than others can be among the most surprising. When a person is a late bloomer, it means they became successful, attractive or developed a skill at a later time in life than other people.

So, being a late bloomer is a good thing. Being a blooming idiot is not. This insult describes someone who is lacking in common sense – severely lacking.

Now, let's hear some of these expressions used in a short dialogue.

Thanks for inviting me out for a walk. I didn't know this park had such beautiful flower gardens.

I know! Nobody knows it's here. It's like a hidden treasure in the city.

I really need to walk off some of my mom's home cooking. I ate so much on my trip home last weekend!

How is everyone back home?

Oh, they're doing fine. I hadn't seen my sister and her son for a long time. So, it was nice to catch up with them.

How old is your nephew?

He just turned 16 and is growing like a weed. He's taller than I am now! And he's so smart. He actually gave me a great business idea that turned out to be the perfect solution for a problem I was having.

He totally is! His ideas have been better than a woman on my development team. I actually had to fire her last week.

Well, it was strange. She was fine when you talked with her one-on-one. But every time we met with buyers, she turned into a blooming idiot.

Ha, "blooming idiot" -- I haven't heard that in a long time! What did she do?

Well, at client meetings she would make strange noises, like a bird, when others were talking. Then when she wanted to make a strong point, she would throw pencils around the room. I mean ... who does that?

Exactly! And she wasn't your garden-variety idiot.

What was so special about her idiocy?

She seemed mentally unstable. So, I nipped that problem in the bud.

It's best to take care of a problem like that quickly. I'm sure you made the right decision. Your business has been really successful. You must really love what you do.

I do. And when it comes to my career, you could say I'm a late bloomer. When I was younger, I had so many jobs that I hated. It took me much longer than other people to find work that I love.

I'd rather be a late bloomer. I went to high school with a girl who had perfect grades, was a superstar athlete and was also the prettiest and most popular girl in school. But I think the pressure to succeed after such a great high school experience was too much for her.

What happened to her?

She kind of gave up. I've heard that she's been married three times, is unemployed and has a serious drinking problem. Sorry, to drag you into the weeds. That's way too much information about someone you don't know.

That's okay. I went to school with a similar guy. It sometimes happens to people who bloom too soon. Good to be a late bloomer!

And that brings us to the end of Words and Their Stories. Do you have a favorite garden idiom? Or are you more of a weeds idiom kind of person? Let us know in the comments section.

Winslow got his interest in drawing and painting from his mother.

Exorbitant housing prices have created an acute shortage of affordable housing for the poor.

He tried to walk off the annoyance his son gave him.

In our school, students can have one-on-one time with teachers.