BBC news with Julie Candler.
The British Prime Minister Boris Johnson has said he’d rather be dead in a ditch than ask Brussels for a further Brexit extension as legislation currently working its way through parliament would demand. Earlier, Mr. Johnson was dealt a severe blow when his brother Joe Johnson announced he was quitting as a minister and MP, saying he was torn between family loyalty and the national interest. 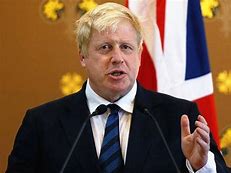 A member of the European Parliament’s Brexit Steering Group has said the British government has not put forward credible alternative proposals on the Irish border. Philippe Lamberts accused Mr. Johnson of trying to give the impression he wanted to negotiate, but actually wanted a no-deal Brexit.
Heavy rains of Hurricane Dorian are battering the coasts of south and north Carolina as a Category II storm moves north along the eastern coast of the United States. A major relief operation is continuing in the Bahamas. Some settlements on the island have been all obliterated.
President Trump’s special envoy for the Middle East, Jason Greenblatt, has said he will resign once the peace plan he has helped draw up is made public. One Palestinian official said Mr. Greenblatt’s resignation was an admission of failure.
South Africa’s President Cryil Ramaphosa has called for an end to what he called the climate affair in the country which has led to attacks on foreign nationals and businesses. At least 10 people have been killed in the recent violence.
Sudan’s new Prime Minster Abdalla Hamdok has announced his cabinet. It includes the country’s first female foreign minister Asmaa Abdalla. There will three other women among the 18 ministers.
8 Spanish police officials have been put under formal investigation over their alleged responsibility for overseeing the violence, suppression of the banned independence referendum in Catalonia 2 years ago. They are to appear in court next month.
BBC news.

1. The British Prime Minister Boris Johnson has said he’d rather be dead in a ditch than ask Brussels for a further Brexit extension

We would rather have no help at all than continue to do that.
我们宁愿完全得不到援助也不愿再继续干下去f9IVf.L1b8|x^3hq。

2. which has led to attacks on foreign nationals and businesses.

This led to development organizations with bodies of expertise in these areas.
这导致了在这些领域的具有专门技术的开发组织P+I6c|+%xqIu。