Hello, I'm Marion Marshall with the BBC News. Military and civilian leaders in Sudan have signed a power-sharing deal aimed at ending months of pro-democracy protests which saw the overthrow of president Omar al Bashir. The ceremony took place in the capital Khartoum, attended by regional leaders. The cosignatory smiled broadly and held the document aloft. The celebratory mood continued with singing and music. Our correspondent Selena Bill is in Khartoum. By every means, this is a big day. It's a historic day for Sudan. A lot of the Sudanese are pinning a lot of hope on the civilian government that's expected to be formed within a few days after the signing of the constitutional declaration. Some of them tell me this is the moment they have been dreaming of for decades. They have been dreaming of a smooth transition to civilian rule eventually.

A massive fire has swept through one of the biggest slums in the Bangladeshi capital Dhaka. It's left thousands of people homeless. Most of the residents are low-paid workers. Alitra Naismith reports. It took twenty five units over six hours to douse the flames. Amazingly, nobody appears to have been killed. Many residents were still away after the Eid holiday. The government says it will provide relief for the many thousands without shelter and an investigation has been ordered into the cause of the fire. But correspondents say land is valuable in Dhaka and fires sometimes started as a way of clearing slums and their inhabitants. 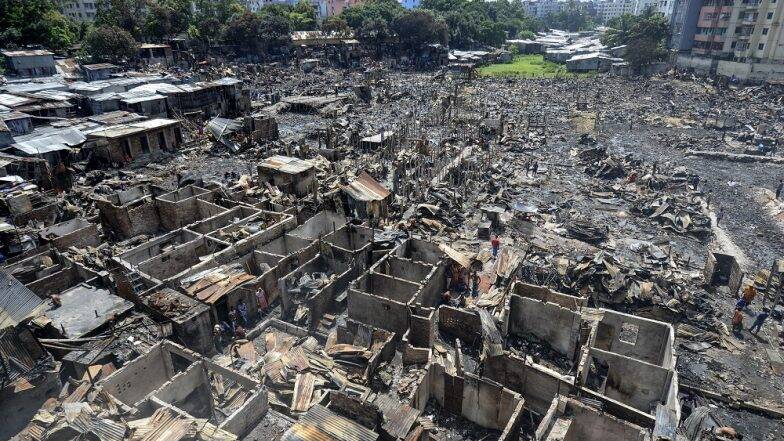 Separatist forces in Yemen have pulled back from some key sides they recently seized in the city of Aden. The Yemeni government said fighters had withdrawn from locations including the supreme court and a central bank. Last week, the separatists took control of Aden, driving out the government. Saudi Arabia is trying to broker a reconciliation, but the government said that first separatists had to pull out of locations they captured.

The Italian Interior Minister Matteo Savini has said he will not back down in a standoff with a Spanish charity's migrant rescue vessel anchored off Italy. On Facebook, he said the ship Open Arms could easily have got to Spain in sixteen days since it picked up the migrants off the Libyan coast. He accused Open Arms of waging a political campaign at the expense of the migrants.

An orphaned baby dugong that was taken to the hearts of people in Thailand after being rescued earlier this year, has died. She had an infection caused by swallowing pieces of plastic. The plant-eating sea mammal called Marium gained fame after she was filmed being fed milk and sea grass by her handlers. BBC World Service news.

1.The ceremony took place in the capital Khartoum, attended by regional leaders.、

Peace talks failed to take place because of a dispute over the venue.
由于在谈判地点上存在分歧，和平谈判未能举行k5~Ry_bKKl9x!2.i@~f。

2.Most of the residents are low-paid workers.

It's a straight choice between low-paid jobs and no jobs
只有两个选择：要么是报酬很低的工作，要么就是失业aEAbPf!U&@q。

3.The Italian Interior Minister Matteo Savini has said he will not back down in a standoff with a Spanish charity's migrant rescue vessel anchored off Italy.