Indonesia’s President Supports a Sea Wall for Sinking Jakarta
Indonesia's president said that he wants to build a large sea wall around Jakarta. The goal is to prevent the low-lying capital from being flooded by the sea.
But, President Joko Widodo and his government may not have a lot of time. Some experts forecast that, at the current rate, one-third of Jakarta might be under water by 2050.
The crisis facing the city is the result of many years of uncontrolled development. There has been little city planning. Many politicians have served business interests and not the public's interest.
Many of the city's millions of people take ground water from wells because the water pipe system does not serve all areas. This has caused the city to slowly sink as the ground water beneath it disappears.
The ground has been sinking at an average rate of about 10 centimeters a year in some areas. Rising sea levels linked to climate change could make the problem worse in the future.
Widodo told The Associated Press recently that it is time to move ahead with the sea wall project. The government began thinking about a wall about ten years ago.
"This huge project will need to be done quickly to prevent Jakarta from sinking under the sea," he said.
Widodo, known as Jokowi in Indonesia, also discussed other plans for the development of Jakarta. The city and surrounding area is home to 30 million people but it has problems with pollution and congestion.
Jokowi also restated that he wants to build a new capital city. He suggested that it would not be on the main island of Java, where 57 percent of the country's nearly 270 million people live.
"We want to separate the capital, the center of government and Jakarta as a business and economic center," he said. "We don't want all the money existing only in Java. We want it to be outside Java as well."
Jakarta's flooding and earthquakes are also a problem. Widodo said, "we need to make sure our capital is safe from disasters." He did not name the place where the new capital would be built.
Jakarta has been called one of the world's fastest sinking cities. It is close to the sea and 13 badly polluted rivers run through it. Too much ground water has been removed while heavy buildings have been built in many places.
Heri Andreas is a scientist at Indonesia's Bandung Institute of Technology. He said that in some parts of northern Jakarta the ground is already 2 to 4 meters below sea level. He added that it is sinking by as much as 20 centimeters a year.
At this rate, said Andreas, "95 percent of northern Jakarta will be underwater by 2050."
He said water would cover about one-third of the city.
Andreas said it took time for his predictions to be taken seriously by Indonesian government officials. He is pleased the large sea wall is being planned.
The $42 billion project will have three stages. It will start with strengthening 30 kilometers of existing coastal dams. After that, 17 new islands will be built. This would be followed by building the large sea walls along the western and eastern part of the city's coastline.
However, many politicians argue about the cost. There is also fear the wall will hurt the fishing industry.
Andreas recently met with government officials. He said he believes a smaller sea wall project would be less costly.
In this smaller plan, a 20-kilometer-long wall would be built to protect areas most at risk. It would give the government more time to plan for the future.
Fishermen are worried. Muara Angke is a small fishing port in northern Jakarta. Here, 63-year-old Pandi said the scientists are wrong. He says flooding is part of life on the waterfront.
"If we can't work, we will suffer for a long time," he said. "Sinking" below water, he said, "is just part of the risk."
I'm Susan Shand.

I will speak to the mayor in regard to city planning.
我要向市长就城市规划问题进言ZI6LcU0%]q.GL。

I tried to earn my living in the fishing industry.
我设法在捕鱼业中谋生gGtA1FiK,+。

I decided to run through traffic in front of you when you disappeared.
在我决定穿越车流奔跑到你面前的时候，你消失了=q!x!XQwZe#IhUPW0。

They have a substantial coincidence of business interests.
他们的商业利益大体上一致df5~,7RtkmFtp-。

5.Andreas said it took time for his predictions to be taken seriously by Indonesian government officials.

for a long time 长时间的 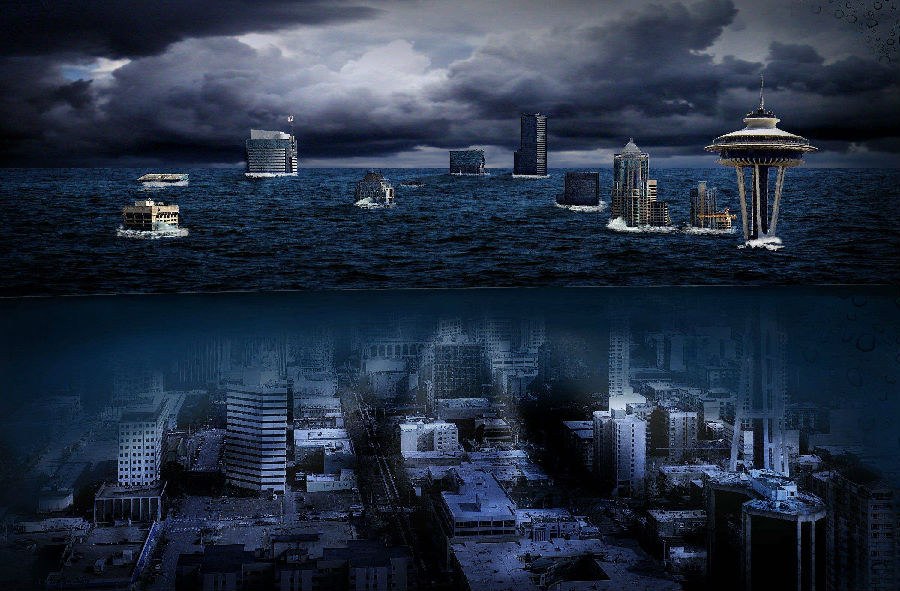