Kenya's chief prosecutor has ordered that the country's Finance Minister Henry Rotich and several other government officials be arrested and immediately charged in court over allegations of corruption related to the construction of two dams. Mr. Rotich denies any wrongdoing. Contractors were reportedly given more than two hundred million dollars of public money, but the two dams in the rift valley were never built.

The party of the new Ukrainian President Vladimir Zelensky is set for a decisive victory in parliamentary elections, consolidating his political power. Nearly half of the ballots have been counted and the party, Servant of the People has more than forty-two percent of the vote. Steve Rosenberg is in Kiev.

We know that his party will be the biggest in the new parliament with a commanding share of seats and there is some suggestion this morning that possibly he may even have secured absolute majority. There's no confirmation of that. But if that is true, that would be an astonishing achievement for a party that was only registered last year and the country Ukraine, which is basically only know coalition politics since independence. 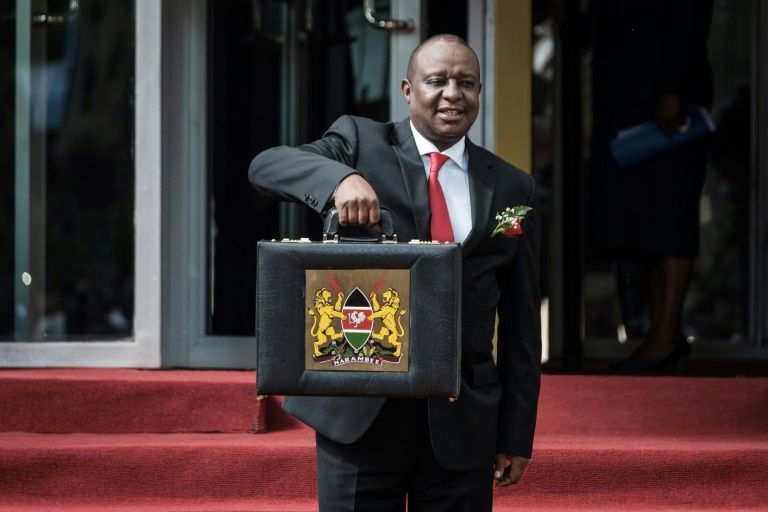 Iran says it has arrested seventeen spies who are working for the CIA and sentence some of them to death. The US is yet to respond to the reports. Alan Johnston has more details.
Those detained were all Iranian nationals. According to the Intelligence Ministry in Tehran, they'd been collecting information in vital sectors, including military and nuclear areas of activity. The US is yet to respond to the reports, but they come at a time of escalating tension between Washington and Tehran. President Trump last year abandoned the international nuclear deal with the Iranians, and the US has imposed sweeping economic sanctions on them. In recent weeks, the two sides have come close to military conflict in the Gulf. Alan Johnston reporting.

The president of the Philippines Rodrigo Duterte has staunchly defended his controversial war on drugs in his annual state of the nation speech. The policy has led to thousands of deaths. Human rights groups say many of the victims are innocent, but the president said illegal drugs were still causing devastation and the program must continue.

The Israeli security forces have begun destroying homes in a Palestinian village on the edge of east Jerusalem in Israeli-occupied territory. Israel says the buildings lie too close to the security barrier which is meant to prevent attacks by Palestinians. But Palestinian say security is being used as a pretext to further secure Israel's hold on the West Bank.

1.The party of the new Ukrainian President Vladimir Zelensky is set for a decisive victory in parliamentary elections, consolidating his political power.

2.The Israeli security forces have begun destroying homes in a Palestinian village on the edge of east Jerusalem in Israeli-occupied territory.

We were on a hill, right on the edge of town
我们在恰位于城镇边缘的一座小山上x6@J[lJhVd。