Hello, I'm Eileen Mckue with the BBC News. As Ukrainians vote for new parliament, the new President Volodymyr Zelensky says he's holding consultations with people he's considering for the post of Prime Minister. He said they are economists with no political background. Steve Rosenberg is at one of the polling stations in the capital Kiev. This is a snap election. It was called by Ukraine's new President Volodymyr Zelensky. He's hoping to capitalize on his popularity, hoping that his party Servant of the People will get a commanding share of the new parliament. And all the opinion polls leading up to this election suggest that is what's gonna happen and that is important for him because he needs the support of parliament in order to appoint the kind of government he wants to and push forward the kind of reforms he wants to.

A recording has emerged of a radio exchange between a British warship and Iran's Revolutionary Guard shortly before a British-flagged oil tanker was seized in the Strait of Hormuz on Friday. The Royal Navy frigate can be heard warning the Iranians not to impede the passage of the Stena Impero in violation of international law. Tom Bateman is following events in the region. You get a real sense of the urgency with which the British naval frigate was trying to prevent the interception of the Stena Impero by those Iranian fastboats, but we're just unable to do so. The UK is trying to tread a delicate path here because on the one hand they said that they are determined to maintain freedom of navigation here. But the more military resources that are put in place can also send a signal to the Iranians at a time when frankly, Britain is trying to deescalate this situation. 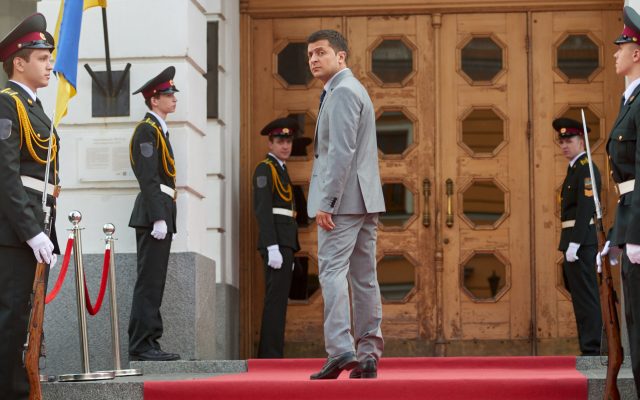 The humanitarian group SOS Mediterranee says it has resumed migrant rescue operations off the coast of Libya. The resumption of its activities in the Mediterranean comes seven months after the group abandoned efforts using its ship, the Aquarius, saying it was being obstructed by some European countries. Here is Mike Sanders. The new vessel flying the Norwegian flag is called Ocean Viking. Its crew of thirty-one includes nine members of the humanitarian group Doctors Without Borders. SOS Mediterranean has launched a multilingual video appeal for donations. Not once does the film mentioned the word migrants. The Ocean Viking could have a short operational life. Italy's Interior Minister Matteo Salvini closed Italian ports to migrant rescue vessels thirteen months ago. Last month the German-run ship Sea-Watch 3 was impounded and its captain Carola Rackete arrested for flouting that ban.

More than a thousand firefighters are being deployed in central Portugal to tackle three wildfires that have forced at least one village to be evacuated. One person has been seriously injured with burns and taken to the capital Lisbon by helicopter. At least four firefighters have also been hurt. That's the latest BBC news.

In order to reach this limit a number of technical problems will have to be solved.
要达到这个限度，还有很多技术问题必须解决t(=rLed)5qD。

2.He's hoping to capitalize on his popularity, hoping that his party Servant of the People will get a commanding share of the new parliament.

The rebels seem to be trying to capitalize on the public's discontent with the government.
叛乱分子似乎想要利用公众对政府的不满情绪Q~-y&,YmP+Oz。

3.They said that they are determined to maintain freedom of navigation here.

The government is determined to spare no effort in investigating this case thoroughly
政府决定不遗余力地彻底调查这个案子yaBr,239@UE。