BBC News. Hello, I'm Jerry Smit. France and Germany have joined the UK in demanding the immediate release of a British-flagged oil tanker seized by Iran in the Gulf. Iran says the vessel was involved in a collision with a fishing boat and committed other shipping violations. Britain has advised his ships to avoid the Strait of Hormuz. Sebastian Usher reports. The German Foreign Ministry described the capture of Stena Impero as a dangerous further aggravation of an already tense situation. Of this, there is no doubt, but the latest instance also puts the European signaturees of a 2015 nuclear deal with Iran in an even more difficult position. They have continued to state their support for the deal despite the unilateral withdrawal by the US last year. But Tehran doesn't believe that actions have much their words. Iran has tried to force them into helping it weather the crippling US sanctions, but its increasingly aggressive actions may have the opposite effect unless for diplomatic process championed by France in particular can resolve the spiraling crisis.

The Saudi-led coalition in Yemen has carried out a wave of air strikes against military positions in the capital Sanaa, which is controlled by Houthi rebels. The targets have included air defense sites and ballistic missile depots. The coalition warned civilians to avoid going near military installations. 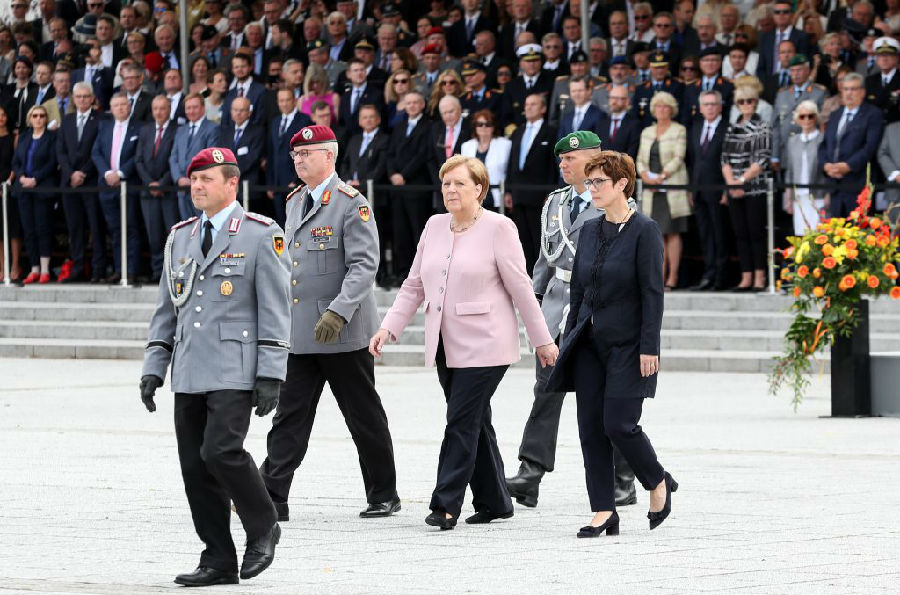 The German Chancellor Angela Merkel has used the 75th anniversary of the most famous plot to assassinate Adolf Hitler to warn people to be alert to right-wing extremism, anti-semitism and racism. She was addressing new military recruits at a commemoration in Berlin. The determination of the resistance fighters to stand against the Nazi terror regime and the sacrifice they made are and remain a reminder. They remind us to be vigilant. They remind us to stand resolutely against right-wing extremism, anti-semitism and racism in all its forms and this too is service to our country. Mrs. Merkel described those who tried unsuccessfully to kill Hitler with a bomb in 1944 as real patriots. They were summarily executed in the aftermath.

Benjamin Netanyahu has become the longest-serving Prime Minister in the history of Israel. He served a total of 13 years and 128 days. From Jerusalem, Yolande Knell. Mr. Netanyahu has delivered what most Israelis want, a strong economy and relative security, despite stalled peace talks with the Palestinians and regional instability. He's also seen as a global statesman, but the coming months could ultimately define his legacy. After claiming victory in April's election, he failed to form a new coalition government. He now faces a new vote in September and although he denies wrongdoing, just weeks later a decision is due on whether he'll be charged in three corruption cases. World news from the BBC.

1.The determination of the resistance fighters to stand against the Nazi terror regime and the sacrifice they made are and remain a reminder.

There they made their tragic and heroic last stand against the Roman legions.
他们在那里对罗马军团进行了最后的抵抗，场面英勇而悲壮6hF[-R825v。

2.They remind us to stand resolutely against right-wing extremism, anti-semitism and racism in all its forms and this too is service to our country.

You must remind him to take his medicine, in case he forgets.
你要钉着他吃药，别让他忘了H|Qh@vBK-8jjSCef(|=Z。

3.After claiming victory in April's election, he failed to form a new coalition government.

It may still be too early for anti-nuclear lobbyists to claim victory.
反核游说者宣告胜利可能还为时尚早oe_J#[IknG])k&OdYe。