Japanese officials say more than twenty people have been killed in a suspected arson attack on an animation studio in Kyoto. Nearly forty people are said to have been injured. The fire broke out during the morning in the three-story building housing the Kyoto animation company. Our Tokyo correspondent Rupert Wingfield-Hayes has been monitoring police statements.

They say they have a forty-one-year-old man in custody. Although he is in hospital, he is under police guard. He was injured in the fire. Now what the police are saying is he was seen going into the building with some sort of flammable liquid, maybe petrol and that he sprayed it around the base of the building or the bottom floor of the building shortly before the fire broke out. So they are saying he is a suspected as having set fire to this building.

The Red Cross says the drought that hit North Korea means this year's harvest will be half of what had been estimated. The Red Cross has worked in North Korea for twenty-five years. Imogen Foulkes reports. 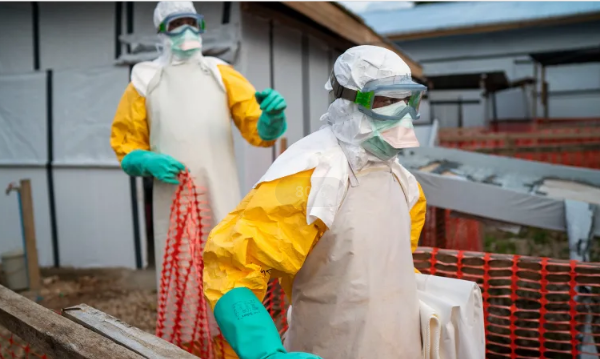 A Red Cross assessment to North Korea's drought stricken areas found that the harvest will be less than half of what would be expected under normal weather conditions. Millions of people in North Korea are already chronically undernourished. Now the Red Cross says levels of malnutrition and of waterborne diseases are rising. It is appealing for almost half a million dollars for fertilizers and water pumps in a bid to safeguard what remains of the harvest and protect communities who cannot cope with any further reduction in food supplies. Imogen Foulkes reporting.

The Indian restaurant magnate P. Rajagopal known as the 'Dosa King' has died a week after he handed himself in to serve a life sentence for murder. He was seventy-four. Anbarasan Ethirajan has more details.

Mr. Rajagopal's family said he had been suffering from multiple ailments. He rose from rags to riches after starting a restaurant chain Saravana Bhavan in the southern city of Chennai in the 1980s. The chain later spread across the world specializing in snacks like dosa, a golden pancakes served with their masala of potato and onion. But he fell from grace after he was found guilty of ordering the murder of one of his employees in order to marry his wife in 2001. In March, India Supreme Court upheld his conviction and ordered him to hand himself in to serve his life term.

The Congolese Minister for Health has welcomed the move by the World Health Organization to declare the outbreak of Ebola in the DRC a public health emergency of international concern. But Doctor Orly Aluga told the BBC the new designation would change little on the ground as Congolese medics has been treating the epidemic as an emergency for almost a year.

You're listening to the world news from the BBC.

1.Millions of people in North Korea are already chronically undernourished.

People who are undernourished also lack reserves of energy when faced with physical or mental crises.
营养不良的人在体力或脑力上出现紧急情况时还缺乏足够的能量储备s1(-,..6VF!=]|Iq。

2.He rose from rags to riches after starting a restaurant chain Saravana Bhavan in the southern city of Chennai in the 1980s.

John's from rags to riches story is amazing.
约翰白手起家的故事很令人惊奇!m35jb7)FL~ylLX。