BBC News. Hello, I'm Jerry Smit. Donald Trump has become the first sitting US President to enter North Korea, taking the highly symbolic step shortly after meeting Kim Jong-un at the north border with South Korea. Mr. Trump walked over the demarcation line that's divided the two Koreas since the Korean War, which has never formally been ended. The US President said it had been his idea to step across the border. Mr. Kim told reporters that the invitation to meet had been unexpected but showed President Trump's willingness to forge a new future. President Trump has just walked across the demarcation line that made him the first US president to visit our country. The two leaders then walked into South Korea and held a meeting. Afterwards, President Trump said they had agreed to set up negotiating teams. Speed is not the object. We want to see if we can do a really comprehensive, good deal. Nobody knows how things turn out, but certainly this was a great day. This was a very legendary, very historic day. Our correspondent Laura Bicker is at the border and sent this report. It all started with a tweet. Mr. Trump suggested earlier this week that Kim Jong-un came to the heavily fortified border between the two Koreas to say hello. It has turned into an extraordinary meeting. Mr. Trump had load expectations and said this meeting with Mr. King would be a quick handshake. But the two leaders met for over an hour. Mr. Trump also indicated that he would be willing to invite Mr. Kim to the White House. Critics have described this moment as a photo opp and fake diplomacy, but there are others who hope it will lead to more detailed discussions about North Korea's nuclear weapons. 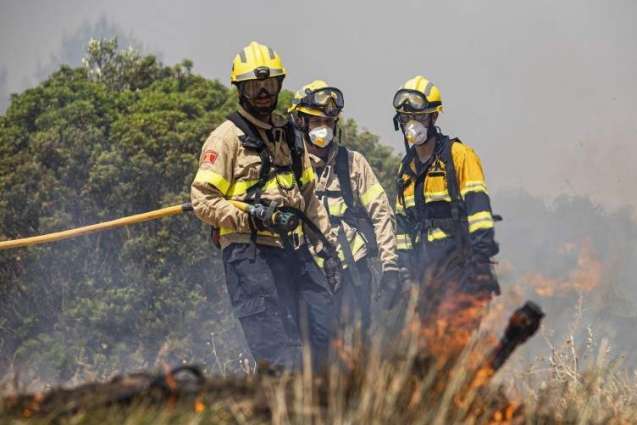 Troops have been deployed in Sudan's capital Khartoum ahead of a planned mass protest against the country's ruling military. Correspondents say members of the paramilitary rapid support forces are waiting in pick-up trucks mounted with machine guns in several parts of the city. Protesters demanding civilian rule appealed for large scale demonstrations today for the first time since security forces broke up a protest four weeks ago, killing dozens of civilians.

Taliban militants have carried out a suicide attack on the office of Afghanistan's independant election commission in Kandahar, killing at least eight people. Kandahar's provincial police chief said four vehicles packed with the explosives have been detonated during the attack in Maruf district. Afghan security forces are also said to have suffered casualties.

Spanish officials say forest fires which started as a result of an intense heat wave have burnt an area of more than a hundred square kilometers. A fire that began in the central town of Almorox on Friday has now forced the evacuation of another village. BBC news.

1.Correspondents say members of the paramilitary rapid support forces are waiting in pick-up trucks mounted with machine guns in several parts of the city.

The assailants used a green Mitsubishi pick-up truck to carry out the attack.
袭击者使用了一种绿色三菱的轻型卡车进行攻击.).p|Q^%3!7=。

2.Spanish officials say forest fires which started as a result of an intense heat wave have burnt an area of more than a hundred square kilometers.

as a result of 结果

Millions of people are threatened with starvation as a result of drought and poor harvests.
几百万人因干旱和歉收而受到饥饿的威胁1+J[Qie)WgXEWt。

A neighbour asked for the music to be turned down and the party broke up...
因为一个邻居要求把音乐音量调低，聚会便散了DxeBWZElLB[n。