President Trump has met with Russian President Vladimir Putin at the G-20 Summit in Japan. Trump told Putin not to mess with the US presidential election, and then spoke to him smiling. 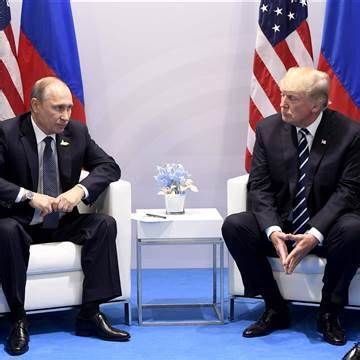 The Democratic Party held a presidential debate in Miami for the second straight night. Divisions over race, ideology and generational differences all burst out between the candidates.

The bishop of El Paso, Texas joined an immigration rights group marching across a bridge to Juarez, Mexico. They met with asylum seekers, who were sent back because of the Trump Administration's "remain in Mexico" policy.

And NASA has announced that it's sending an unmanned spaceship to explore Saturn's largest moon, Titan. The plan is for the "dragonfly" spaceship to reach Titan by 2034 and determine if tiny life forms could survive there.

1.Trump told Putin not to mess with the US presidential election, and then spoke to him smiling.

We mess with the climate on a scale few individual species can.