Naomi Osaka Sponsor Drops Ad after Criticism
Japanese tennis star Naomi Osaka says she hopes companies she represents will talk with her about how to present her in future advertisements.
Osaka was asked about criticism of her sponsor, Nissin Foods Holdings. The company produced an animated advertisement that showed Osaka with skin that looked lighter than her real skin color.
Critics said the ad does not represent Osaka's darker skin, as well as her biracial background. Osaka was born in Japan to a Japanese mother and a Haitian-American father.
Nissin has since removed the advertisement from YouTube.
"I've talked to them. They've apologized," Osaka said. "I'm tan. It's pretty obvious."
Osaka said she did not think the company's aim was to "whitewash" her. But she added, "I definitely think that the next time they try to portray me or something, I feel like they should talk to me about it."
Osaka spoke to reporters in Melbourne, where she is getting ready to play in Saturday's Australian Open final.
Osaka told the media, "I'm just focused on this right now. I've gotten to the final of a slam, and that's sort of my main priority."
Osaka will face Petra Kvitova of the Czech Republic in the final. A victory for Osaka would give her the number-one ranking in the world.
It is not the first time that a Japanese company has face criticism for how it deals with issues such as race and nationality.
Baye McNeil is an American who has lived in Japan for more than 10 years. He wrote an opinion article for The Japan Times, a local English-language paper. McNeil wrote, "I found a whitewashed representation of Osaka that could've easily been based off a TV personality like Becky or Rola."
McNeil told the Associated Press that Japanese companies need to become more inclusive if they hope to appeal to a worldwide market. "They are not thinking on that level," McNeil said. "It may be painful, but Japan is going through growing pains right now."
Daisuke Okabayashi is a spokesman for Nissin Foods Holdings. He said Thursday the company did not mean to disrespect Osaka's diversity. The ad also showed Kei Nishikori, another Japanese tennis star, with lighter skin.
Okabayashi said Osaka's representative approved the ad but later asked to have the ad taken down. He said the company continues to support Osaka and does not want the issue to become a distraction.

I'll need to talk with you, but there's no hurry.
我得和你谈谈，但不着急@Y3fWvHss+d2*。

The Canadian army took down the barricades erected by the Indians.
加拿大军队拆掉了印第安人设置的路障KJ)Ni&sgVXxX。

You can go right now for all I care.
你可以马上走，我才不在乎呢s6gkgulBT@7)y])WP,SO。

5.It is not the first time that a Japanese company has face criticism for how it deals with issues such as race and nationality.

It is not the first time 并非首次

6."It may be painful, but Japan is going through growing pains right now."

We have been going through a bad time.
我们正经历一段困难时期;2*FfBu;e9D8YV#](DQ-。
I know what you're going through.
我知道你正在经受什么样的煎熬ncq%&0iTU*xs|CECP。 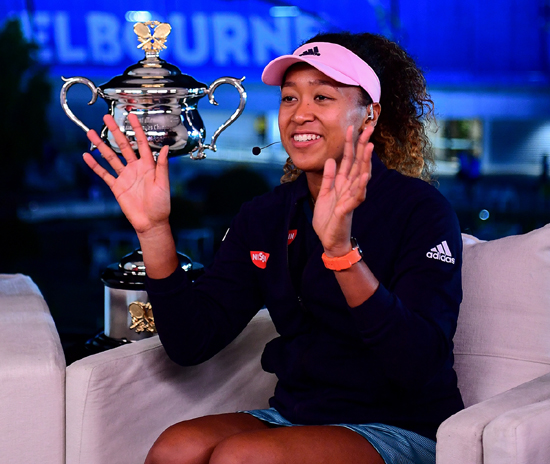