Imagine that you are visiting the United States. What would you expect to see? In the nineteen fifties, America was a nation that believed it was on the edge of nuclear war. It was a nation where the popular culture of television was gaining strength. It was a nation whose population was growing as never before. After the terrible suffering of World War Two, Americans thought the world would be peaceful for awhile. By nineteen fifty, however, political tensions were high again. The United States and the Soviet Union, allies in war, had become enemies. The communists had taken control of one east European nation after another. And Soviet leader Josef Stalin made it clear that he wanted communists to rule the world.
0MMnYMymL_e4Fada

The Soviet Union had strengthened its armed forces after the war. The United States had taken many steps to disarm. Yet it still possessed the atomic bomb. America thought it, alone, had this terrible weapon. In nineteen forty-nine, a United States Air Force plane discovered strange conditions in the atmosphere. What was causing them? The answer came quickly: the Soviet Union had exploded an atomic bomb. The race was on. The two nations competed to build weapons of mass destruction. Would these weapons ever be used? The American publication, The Bulletin of the Atomic Scientists, always showed a picture of a clock. By nineteen forty-nine, the time on the clock was three minutes before midnight. That meant the world was on the edge of nuclear destruction. The atomic scientists were afraid of what science had produced. They were even more afraid of what science could produce.

In nineteen-fifty, North Korea invaded South Korea. The Korean conflict increased efforts in the United States to develop a weapon more deadly than an atomic bomb. That was the hydrogen bomb. The Soviets were developing such a weapon, too. Many Americans were afraid. Some built what they hoped would be safe rooms in or near their homes. They planned to hide in these bomb shelters during a nuclear attack. Other Americans, however, grew tired of being afraid. In nineteen fifty-two, the military hero of World War Two, Dwight Eisenhower, was elected president. The economy improved. Americans looked to the future with hope. One sign of hope was the baby boom. This was the big increase in the number of babies born after the war. The number of young children in America jumped from twenty-four million to thirty-five million between nineteen fifty and nineteen sixty.

The bigger families needed houses. In ninetee fifty alone, one million four hundred thousand houses were built in America. Most new houses were in the suburbs, the areas around cities. People moved to the suburbs because they thought the schools there were better. They also liked having more space for their children to play. Many Americans remember the nineteen fifties as the fad years. A fad is something that is extremely popular for a very short time one fad from the nineteen fifties was the Hula Hoop. The Hula Hoop was a colorful plastic tube joined to form a big circle. To play with it, you moved your hips in a circular motion. This kept it spinning around your body. The motion was like one used by Polynesian people in their native dance, the hula. Other fads in the nineteen fifties involved clothes or hair. Some women, for example, cut and fixed their hair to look like the fur of a poodle dog. Actress Mary Martin made the poodle cut famous when she appeared in the Broadway play, "South Pacific." 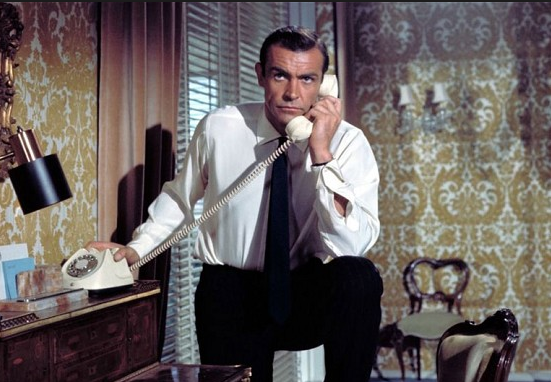 In motion pictures, Marilyn Monroe was becoming famous. Not everyone thought she was a great actress. But she had shining golden hair. And she had what was considered a perfect body. Marilyn Monroe's success did not make her happy. She killed herself in the nineteen sixties, when she was thirty-six years old. Another famous actor of those days was James Dean. To many Americans, he was the living representation of the rebellious spirit of the young. In fact, one of his films was called, "Rebel Without a Cause." James Dean died in a car accident in nineteen fifty-five. He was twenty-four. The nineteen fifties saw a rebellion in American literature. As part of society lived new lives in the suburbs, another part criticized this life. These were the writers and poets of the Beat generation, including Gregory Corso, Jack Kerouac, and Allen Ginsberg. They said life was empty in nineteen-fifties America. They described the people as dead in brain and spirit.

Jackson Pollock represented the rebellion in art. Pollock did not paint things the way they looked. Instead, he dropped paint onto his pictures in any way he pleased. He was asked again and again: "What do your paintings mean?" He answered: "Do not worry about what they mean. They are just there ... like flowers." In music, the rebel was Elvis Presley. He was the king of rock-and-roll. Elvis Presley was a twenty-one-year-old truck driver when he sang on television for the first time. He moved his body to the music in a way that many people thought was too sexual. Parents and religious leaders criticized him. Young people screamed for more. They could not get enough rock-and-roll. They played it on records. They heard it on the radio. And they listened to it on the television program "American Bandstand." This program became the most popular dance party in America. Every week, young men and women danced to the latest songs in front of the television cameras.
Aw78hZ)K7YDXe]7zCiI[

During the nineteen forties, there were only a few television receivers in American homes. Some called television an invention for stupid people to watch. By the end of the nineteen fifties, however, television was here to stay. The average family watched six hours a day. Americans especially liked games shows and funny shows with comedians such as Milton Berle and Lucille Ball. They also liked shows that offered a mix of entertainment, such as those presented by Arthur Godfrey and Ed Sullivan. People from other countries watching American television in the nineteen fifties might have thought that all Americans were white Christians. At that time, television failed to recognize that America was a great mix of races and religions.

Few members of racial or religious minorities were represented on television. Those who appeared usually were shown working for white people. A movement for civil rights for black Americans was beginning to gather strength in the nineteen fifties. Many legal battles were fought to end racial separation, especially in America's schools. By the nineteen sixties, the civil rights movement would shake the nation. Dwight Eisenhower was president for most of the nineteen fifties. He faced the problems of communism, the threat of nuclear war, and racial tensions. He had a calm way of speaking. And he always seemed to deal with problems in the same calm way. Some citizens felt he was like a father to the nation. With Mister Eisenhower in the White House, they believed that even in a dark and dangerous world, everything would be all right.
+xtKvcgI)6SPc

1.weapons of mass destruction 大规模杀伤性武器
The Chinese have expressed their desire to stem the proliferation of missiles and WMD, and we are heartened by recent steps taken in the right direction.
中国人已经表态，将阻止导弹和大规模杀伤性武器的扩散，同时中方近期采取的一些正确措施也让我们感到鼓舞MiDHBqZ(M8。
2.hydrogen bomb 氢弹
In 1953, the Soviet Union publicly acknowledged it had tested a hydrogen bomb.
1953年，苏联在舆论上公开他们研制了一个氢弹！
3.rebellious spirit 反叛精神
At the movies, some films captured the rebellious spirit of the times. These included "The Graduate" and "Doctor Strangelove. "
而在电影方面，一些影片抓住了当时人们的反叛精神，比如电影“毕业生”和“奇爱博士”xGwR3N(t8OfQv。
4.civil rights 民事权利
The civil rights bill carried by a large majority.
公民权利法案获得大多数同意而通过l*IUqrJJV9aJGc。
5.Broadway 百老汇
Plug your ears and this could be Broadway.
塞上耳朵吧，这就是百老汇的方式OSrjeNw8Ok6]WI.。